Showing posts from August, 2009
Show all

Shooting Harpoons at US Aid Bill for Pakistan 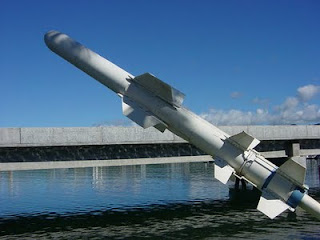 The New York Times is quoting unnamed senior Obama administration and Congressional officials as claiming that the United States is accusing Pakistan of illegally modifying American-made Harpoon anti-ship missiles to expand its capability to strike land targets, a potential threat to India. American military and intelligence officials reportedly say they suspect that Pakistan has modified the Harpoon antiship missiles that the United States sold the country in the 1980s, a move that would be a violation of the Arms Control Export Act. Pakistan has denied the charge, saying it developed the missile itself. The United States has also accused Pakistan of modifying American-made P-3C aircraft for land-attack missions, another violation of United States law that the Obama administration has protested. According to a senior Pakistani official, Pakistan has taken the unusual step of agreeing to allow American officials to inspect the country’s Harpoon inventory to prove that it had not vi
5 comments
Read more 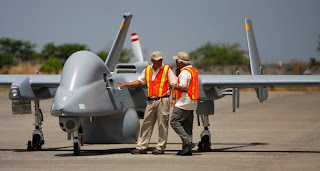 At a ceremony held at the Pakistan Aeronautical Complex (PAC), Kamra, last Thursday, Air Marshal Farhat Hussain Khan, the chairman of the PAC board, announced the launch of Falco UAV production in Pakistan in collaboration with Selex Galileo of Italy . Speaking on the occasion, the Air Marshal said the UAV co-production facility was a major step towards the long-term goal of self-reliance in military aviation industry. In the opinion of this blogger, it is expected that most Pakistanis will take pride in the nation's indigenous capacity to build and eventually use armed drones to put down the insurgent groups such as the Tehrik-e-Taliban Pakistan (TTP) who have unleashed a reign of terror in Pakistani towns and cities. Most such attacks cause large numbers of innocent civilian casualties and powerful, palpable anger against the responsible groups. Many Pakistanis will also see the development and manufacturing of UAVs positively in the context of Pakistan's competition wit
17 comments
Read more 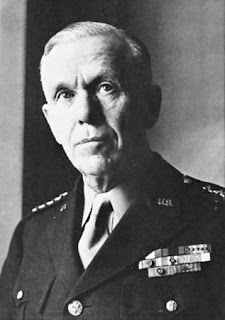 There has been much discussion but little action on the new US strategy to emphasize economic aid for Pakistan, in addition to the concerted NATO-Pakistan military action against the insurgents. The 80/20 rule , as outlined by General Petraeus, calls for 80% emphasis on the political/economic effort backed by 20% military component to fight the Taliban insurgency in both Pakistan and Afghanistan. This rule has led many to speculate about a US-backed "Marshall Plan" style effort to help Pakistan expand the economic opportunity for its young and growing population, vulnerable to exploitation by extremists . The Marshall Plan, named after General George Marshall, the US secretary of state after the Second World War, is credited with the rapid economic rise of Europe and Japan from the ruins of the war. The Marshall Plan aid by the US amounted to about 100 billion in today's dollars. Pakistani leadership called for their own "Marshall Plan" earlier this year, say
4 comments
Read more

Given the many ethnic, regional, religious and caste fault lines running through the length and breadth of India, there have long been questions raised about India's identity as a nation. Speaking about it last April, the US South Asia expert Stephen Cohen of Brookings Institution said, " But there is no all-Indian Hindu identity—India is riven by caste and linguistic differences, and Aishwarya Rai and Sachin Tendulkar are more relevant rallying points for more Indians than any Hindu caste or sect, let alone the Sanskritized Hindi that is officially promulgated". Now, in a report written by strategist Zhan Lue of the China International Institute of Strategic Studies in July, the author argues that a fragmented India would be in China's best interest , and would also lead to prosperity in the region. The report proposes dividing the country into thirty independent states. The Times of India quotes it as saying that Beijing "should work towards the the break-
5 comments
Read more

In spite of its claims to the contrary, the Bhutto family's private jagir (property) of Pakistan People's Party has been instrumental in preserving the feudal system in Pakistan, through perpetuation of its feudal democracy , controlled by the largest landowners in Sind and Punjab. Z.A. Bhutto's nationalization in the 1970s was the biggest culprit that stymied industrialization of Pakistan and the growth of the middle class, while it preserved the feudal system. Bhutto emasculated the industrialists who encouraged better education and skills development for workers for their industries, while feudal rulers continued to take their toll on the rural poor living on their lands who remain their slaves and reliably continue to vote their feudal lords into power in the name of democracy. The Bhutto era nationalization has left such deep scars on the psyche of Pakistani industrialists that, to this day, these industrialists are not willing to make long-term investments in bi
10 comments
Read more

Gender Gap in Literacy Worst in India and Pakistan

QUESTION Beyond basic necessities like food and shelter, few things matter more than education — which begins with achieving literacy. However, in many parts of the world, literacy disparities between the genders have devastating consequences not just for the equality of the sexes, but also for women's economic prospects. We wonder: Which of the following major countries or regions has the largest gap between the literacy rates of adult men and women? ANSWER A. Latin America B. Arab states C. Sub-Saharan Africa D. India A. Latin America is not correct. In Latin America and the Caribbean as a whole, literacy — defined as the ability to read and write a simple statement on one's daily life — is high, averaging 91 percent. The region has also accomplished considerable gender equality, with the literacy rate for men only 1 percentage point above that for women. Brazil, Latin America's most populous country, also has a high adult literacy rate, at 90 percent — and Arg
5 comments
Read more

Karachi Among Cheapest Cities for Expats 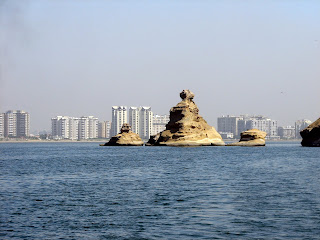 Pakistan's financial capital Karachi shows up among the least expensive cities for expatriates in a survey conducted by consulting firm Mercer UK . Cost of living for employees is one of the factors considered by businesses looking to expand globally. There are several large cities in Pakistan, but Karachi is the largest with a population exceeds 12 million, according to the United Nations . Whilst the political capital of Pakistan is Islamabad, Karachi is definitely the economic center. It is home to the largest port in Pakistan situated in a sheltered natural harbor, and it is this which originally provided the conditions for the city to grow. Whilst the port continues to play an important part in economy of Karachi, the economy has diversified. Karachi is the location for the headquarters for many of the largest Pakistani companies, as well as being the location for the Pakistani offices of many international firms. Manufacturing plays a big part in the local economy, and in
7 comments
Read more 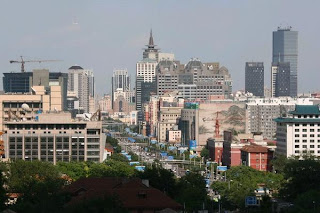 My family and I arrived on a Saturday evening in late July at Beijing's international airport's beautiful and spacious terminal 3, the new massive glass and steel structure that was opened just prior to last year's Summer Olympics in the city. I did not see it when I visited Beijing back in 2006, and this July visit was my family's first visit to Beijing. All of the airline and ground staff and many of the Asian passengers were wearing masks, an indication of the heightened concern about the spread of swine flu. We had to fill out health declaration forms along with the usual disembarkation cards prior to arrival. In addition to many watchful health workers, we saw infra-red detectors at several points along the way to the exit, in an attempt to identify any passengers with fever or flu-like symptoms. The process of health checks, immigration, baggage claim and customs went quickly and smoothly, and we emerged from the terminal to be greeted by an English-speaking C
6 comments
Read more 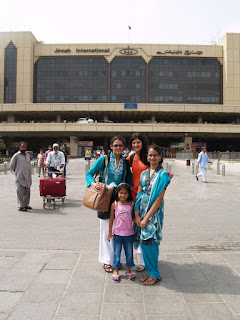 Arrival in Karachi My family and I arrived at Karachi 's Jinnah International Airport on Tuesday in mid-July, 2009, after a short flight from Dubai in the afternoon. Our arrival was an hour later than scheduled. The disembarkation from the plane was fairly quick but the process of immigration and baggage claim was very slow, in clear contrast to our experience in Dubai. Even though it took more than a half hour to go through the immigration line where the passport numbers were being manually written down instead of being scanned, when we got to the baggage claim we had to wait another half hour to get our baggage. But we did go through the Customs green channel quickly without being stopped, and emerged to be greeted by a warm welcome by our family members in Pakistan. As they did in Dubai, my daughters again found familiar symbols of American business presence as they saw a McDonald's restaurant right across from the exit at Karachi airport. We were driven to a suite at
5 comments
Read more
More posts