Showing posts from April, 2010
Show all

A Times of India report last year claimed that "Pakistan has surged well ahead of India in the missile arena". It also lamented that "the only nuclear-capable ballistic missile in India's arsenal which can be said to be 100% operational as of now is the short-range Prithvi missile". Along with raising the alarm, the Indian report offered the usual excuse for the alleged missile gap by boasting that "unlike Pakistan, our program is indigenous". Let's explore the reality of the "indigenous" claim repeated ad infintum by Indian government and New Delhi's defense establishment. US-European Origins of Indian Missile Program: APJ Abul Kalam is credited with designing India's first satellite launcher SLV3. Its design is virtually identical to the American Scout rocket used in the 1960s. According to the details published in the Bulletin of Atomic Scientists , Abul Kalam spent four months in training in the United States in 1963-
22 comments
Read more

Assessing the Reality of the Indian Miracle

India's rapid economic growth has brought it enormous positive attention of the world media, billions of dollars in foreign investments, and new-found status on the international diplomatic scene. Goldman Sachs has promoted it by coining the term "BRIC" which groups India with other major emerging markets like Brazil, China and Russia as an investment destination. Inclusion in G20 has put the Indian leaders alongside the world's richest G7 nations. Indian business leaders in partnership with India's planning commission have mounted unprecedented " India Everywhere " branding campaign at the World Economic Forum held in Davos, Switzerland each year. Indian writers have been promoting "Chindia" which seeks to put India on an equal footing with China. Goldman Sachs has clearly contributed to the euphoria about India, by projecting that its economy could be 50 times its 2006 size by 2050, which would make it the world's third largest, after C
7 comments
Read more

Coal is the cheapest and the most common fuel used directly or indirectly to produce electricity and heat in the world today. Global coal consumption was about 6.7 billion tons in 2006 and is expected to increase 48% to 9.98 billion tons by 2030, according to the US Energy Information Administration ( EIA ). China produced 2.38 billion tons in 2006. India produced about 447.3 million tons and Pakistan mined only about 8 million tons in 2006. 68.7% of China's electricity comes from coal. The United States consumes about 14% of the world total, using 90% of it for generation of electricity. The U.S. coal-fired plants have over 300 GW of capacity. Thar desert region in Pakistan is endowed with one of the largest coal reserves in the world. Discovered in early 1990s, the Thar coal has not yet been developed to produce usable energy. With the devastating increases in imported oil bill and the growing shortages of gas and electricity in the country, the coal development is finally beg
60 comments
Read more

April 13, 2010
Among other things during a visit to Pakistan last year, the frequent power outages, commonly called "load shedding", and piles of garbage in the streets made a distinct impression on my family and I. Since our return to the United States, I have been wondering if it is possible to solve both problems at once? Clean up the streets by collecting garbage, and burn the collected trash to generate more electricity? It seems that the Danes are doing exactly that, according to a story in today's New York Times . Denmark's Community Power Plants: The new plants in Denmark are far cleaner than conventional incinerators. Such new type of plants convert local community trash into heat and electricity. Dozens of filters catch pollutants, from mercury to dioxin, that would have emerged from its smokestack only a decade ago. As a result of new innovations, Denmark now regards garbage as a clean alternative fuel rather than a smelly, unsightly problem. And the incinerators, kn
1 comment
Read more 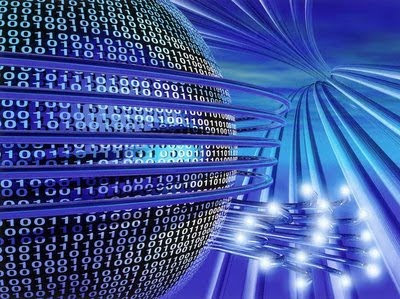 Last year at the World Economic Forum, U.S.-based security software firm McAfee's CEO Dave Walt reportedly told some attendees that China, the United States, Russia, Israel and France are among 20 countries locked in a cyberspace arms race and gearing up for possible Internet hostilities. He further said that the traditional defensive stance of government computer infrastructures has shifted in recent years to a more offensive posture aimed at espionage, and deliberate disruption of critical networks in both government and private sectors. Such attacks could disrupt not only command and control for modern weapon systems such as ballistic missiles, but also critical civilian systems including banking, electrical grid, telecommunications, transportation, etc, and bring life to a screeching halt. Richard Clark, the former US cyber security czar, explained in a Newsweek interview the potential impact of cyber attacks on privately owned and operators infrastructure as follows: "
7 comments
Read more

Census 2010: Calling All Pakistani-Americans to Act

US Census 2010 is under way! It is an extensive exercise that happens once a decade and it produces data that guides the various branches of US government and its agencies, politicians, marketers, and just about every one else who needs America's demographics data. The numbers produced by the Census drive the allocation of seats in the US Congress, budget appropriations, government policies, college enrollment, as well as big decisions on products, employment and target markets by private corporations targeting American consumers. Here's how US Census Bureau describes the importance of census data: 1. Every year, the federal government allocates more than $400 billion to states and communities based, in part, on census data. 2. Census data are used to determine locations of schools, hospitals, new housing development, retail stores, and other community facilities. 3. Census data determine boundaries of state and local legislative and congressional districts. Given th
1 comment
Read more 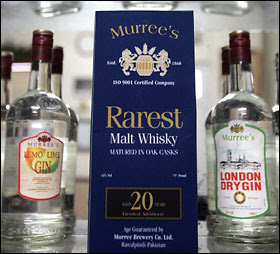