Showing posts from July, 2015
Show all

Pakistan Completes Construction of Over Half of CPEC Western Route 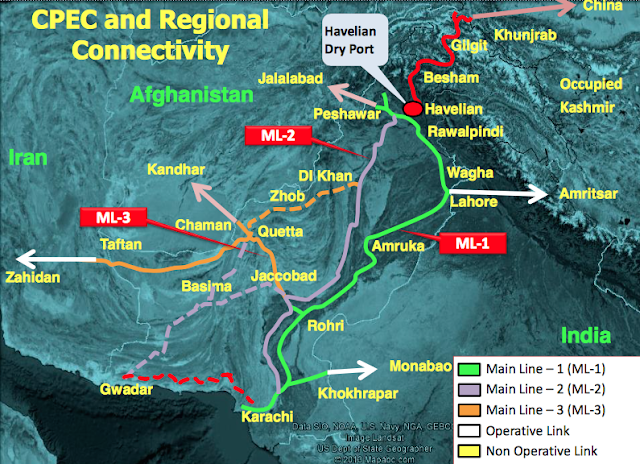 “The Frontier Works Organization (FWO) has built roads with 502 kilometers length on the western alignment of China Pakistan Economic Corridor (CPEC) to link Gwadar with other parts of the country. The FWO took up the challenge to extend the benefits of Gwadar port to rest of the country by building roads in rugged mountainous terrain and highly inaccessible areas. The gigantic task was undertaken on the directives of Chief of Army Staff General Raheel Sharif." Frontier Works Organization Of the three land routes being constructed as part of the  China-Pakistan Economic Corridor (CPEC)  project to connect Pakistan's deep sea  Gwadar Port on the Arabian Sea  with western China, the western route is the most challenging.  In addition to the difficult mountainous terrain in KP and Baluchistan provinces, the western route runs through Panjgur and Turbat where there is an active Baloch insurgency believed to be  aided by India via Afghanistan . It's being built by Pakist
61 comments
Read more 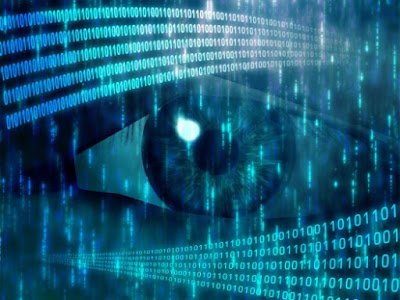 Pakistan is building digital surveillance capacity to rival America's NSA with broad public support in the country, according to a  report by London-based Privacy International . "Attacks against civilian targets in Pakistan’s cities have also fed popular support for communications surveillance and other efforts to register and monitor the civilian population, including national databases and mandatory SIM card registration", says the report. Pakistan requires universal  SIM card registration  by fingerprint, and maintains a national biometric ID database. Pakistan has seen nearly 60,000 of its citizens die in incidents of terrorism since the  US invasion of Afghanistan in 2002 , according to data reported by  South Asia Terrorism Portal (SATP) . What is happening in the country now follows a familiar pattern seen elsewhere in the world: Faced with growing terror threat, people are willing to trade privacy for security. Like the US National Security Agency (NSA) s
6 comments
Read more 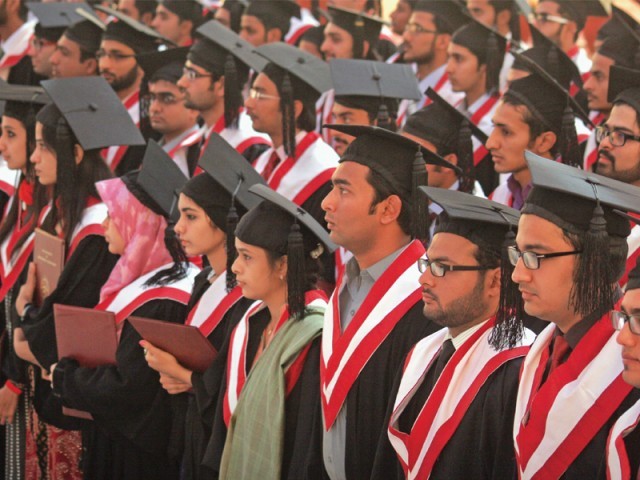 There are over 3 million students enrolled in grades 13 through 16 in Pakistan's 1,086 degree colleges and 161 universities, according to  Pakistan Higher Education Commission report for 2013-14 .  The 3 million enrollment is 15% of the 20 million Pakistanis in the eligible age group of 18-24 years.  In addition, there are over 255,000 Pakistanis enrolled in vocational training schools, according to Technical Education and Vocational Training Authority ( TEVTA ). Graduation Day at NED Engineering University For 1300 Graduates in 2013 Pakistani universities have been producing over half a million graduates, including over 10,000 IT graduates , every year since 2010, according to  HEC data . The number of university graduates in Pakistan increased from 380,773 in 2005-6 to 493,993 in 2008-09. This figure is growing with rising enrollment and contributing to Pakistan's  growing human capital . Rising University Enrollment in Pakistan Starting in 2001-2002. Source: ICEF
25 comments
Read more

Are Pakistan's Glaciers Melting Away? 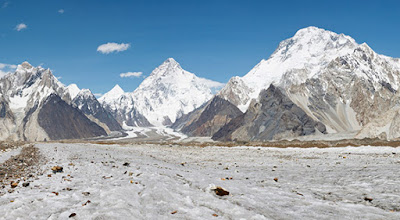 A recent headline in Pakistan's Express Tribune newspaper declared:  "Pakistan's glaciers melting faster than rest of the world" . A few days later, I heard an ex-Met Department officer in Pakistan repeat the same alarm on a Geo TV show "Capital Talk" anchored by Hamid Mir. Are these people right? Recognizing it's too important an issue to let go, I decided to look into the facts and data as reported in science journals. Quickly, I came upon "Karakoram Anomaly". I learned that it's a term used to describe the fact that, unlike other mountainous regions, the Karakoram glaciers which supply most of Pakistan's river water are growing rather than shrinking. Baltoro Glacier in Karakoram National Park in Pakistan Pakistan is home to the most heavily glaciated area outside the polar regions of the Arctic and Antarctica. The massive glaciers of Baltoro and Biafo stretch for over 60 kilometers each in the  Karakoram Mountains , accor
11 comments
Read more 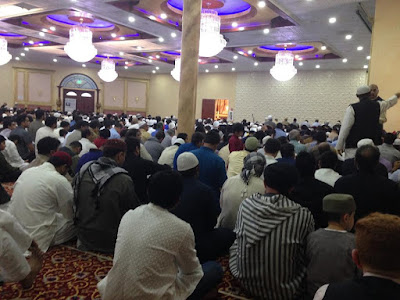 Eid-ul-Fitr celebration this year marked the end of the Muslim holy month of Ramadan with many large prayer congregations across America. Muslims wore colorful outfits.   There were servings of traditional foods and deserts in outdoor  melas  (fairs) for Muslim families and their friends in all major cities of the United States. Most celebrated on Friday while others waited till Saturday. Some  security fears  for American Muslims had arisen after an unfortunate shooting incident in which a US-born Palestinian-American young man killed four marines at a military recruiting center in Chattanooga, Tennessee.  Along with the other Americans, Muslims too mourned for the Chattanooga dead and they prayed for peace for all of America and the world. Fortunately, Eid celebrations have so far passed without an incident. The  Washington Post  put the Chattanooga shooting in perspective with a history of several attacks by various groups starting with the anti-war groups during the Vietnam
3 comments
Read more 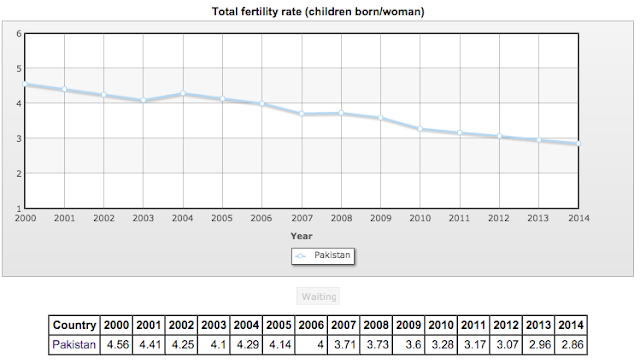 “So where will the children of the future come from? Increasingly they will come from people who are at odds with the modern world. Such a trend, if sustained, could drive human culture off its current market-driven, individualistic, modernist course, gradually creating an anti-market culture dominated by fundamentalism - a new dark ages.” ― Philip Longman,  The Empty Cradle: How Falling Birthrates Threaten World Prosperity & What to Do About It Fear of Population Bomb: The above quote captures the true essence of the West's racist fears about what some of them call the "population bomb": East will dominate the West economically and politically for centuries if the growing colored populations of developing Asia and Africa turn the West's former colonies into younger and more dynamic nations with rising education and better living standards. Much of the developed world has already fallen below the "replacement" fertility rate of 2.1.  Fertility rate
40 comments
Read more
More posts