Showing posts from June, 2009
Show all

There has been a great deal of criticism of Pakistani military's role in the industry and the economy of Pakistan since the release of Dr. Ayesha Siddiqa Agha 's book "The Military Inc: Inside Pakistan's Military Economy" last year. The book describes in some detail the size and the activities of what Dr. Agha calls "MILBUS", the military business in Pakistan. MILBUS, according to the author, includes banks, insurance, cereals, fertilizer, cement, hospitals and clinics, radio and TV, schools, universities and institutes, etc. In her strongest criticism of Pakistan's military, the author argues that Pakistani military is a giant which has strong political control, economic control, and a very dominant social presence; a military that has over 7% share of the GDP, which controls one-third of heavy manufacturing in the country, which controls 6-7% private sector assets. It has a huge economic presence. It is a constant story of uneven development, b
34 comments
Read more

Extreme Kayaking and Climbing on Karakoram 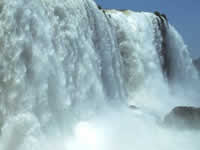 The high Karakorum mountains in Pakistan offer great adventures in mountain climbing and kayaking for those looking for high danger and extreme thrills at fairly low cost. Hunza valley with its steep and dramatic river falls on the Indus, in particular, offers some of the most challenging white water adventures in the world. While K2 mountain climbing expeditions are not uncommon, extreme kayaking in the area around K2 appears to be a fairly well-kept secret. Writing for Jackson Kayak website recently, Kayaker Darin McQuoid said as follows: "In my short career of paddling, Pakistan wins the prize for the lowest cost of living once in country. Being a notoriously cheap kayaker, this motel on our fifteenth night was right up my alley at thirty cents per person. We never spent a night in a heated building while in Pakistan, so as an added bonus, it was nice and one warm." Another extreme kayaker Ben Stookesberry, who is one of about half a dozen professional kayakers who t
12 comments
Read more

June 17, 2009
Shares in the Karachi Stock Exchange 100 Index trade at 9.6 times reported earnings, the lowest in Asia excluding Japan, after the gauge rose 21 percent in 2009, according to Bloomberg . Dollar-denominated debt sold by Pakistan returned 86.4 percent so far this year, more than any of the 45 emerging markets tracked by New York-based JPMorgan and 19 developed countries followed by Merrill Lynch & Co. Aberdeen Asset Management Plc in London is bullish about Pakistan because the country is a beneficiary of international support. The U.S. House voted on June 11 to triple economic and development aid and to increase military assistance to stabilize a country vital to the war in neighboring Afghanistan. While the US aid announcement attracts the attention of investors, the fact is that the Pakistani global diaspora's remittances to Pakistan are far larger than any foreign aid packages. Over 7 billion dollars have already been received in the first eleven months (July-May) of the
2 comments
Read more

For a long time, the halal simply meant buying meat from a halal butcher, who slaughtered in accordance with Islamic principles. But the halal food market has exploded in the past decade and is now worth an estimated $632 billion annually, according to the Halal Journal , a Kuala Lumpur-based magazine. That's about 16% of the entire global food industry. Throw in the fast-growing Islam-friendly finance sector and the myriad other products and services — cosmetics, real estate, hotels, fashion, insurance — that comply with Islamic law and the teachings of the Koran, and the sector is worth well over $1 trillion a year, according a recent report in Time magazine . Time attributes the rise of the halal economy to the world's 1.6 billion Muslims, most of whom are younger and, in some places at least, richer than ever. Seeking to exploit that huge market, non-Muslim multinationals like Tesco, McDonald's and Nestlé have expanded their Muslim-friendly offerings and now control a
15 comments
Read more 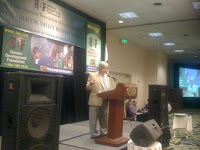 The Human Development Foundation (HDF) held its sixth annual benefit dinner at the Wyndham Hotel in San Jose, CA, on May 30, 2009. The dinner attracted about 500 attendees. In spite of the down economy and rising unemployment in the high-tech valley, the event exceeded HDF 2008 record of $140,000 in donations by raising $170,000 this year for HDF programs, to increase literacy, improve healthcare and fight poverty in Pakistan. Similar events are held each year in all major cities in North America to raise large sums for the noble cause HDF has undertaken. HDF's efforts are inspired by late Dr. Mahbub ul Haq , the famous Pakistani development economist who pioneered the prevailing human development theory, and founded the Human Development Report of UNDP published each year by the United Nations. The focus of the HDF effort can well be summed up by what Dr. Haq said, "..in the last analysis, it is a child who did not die, a disease that did not spread, an ethnic tension
2 comments
Read more
More posts