Showing posts from June, 2020
Show all

Are American and Pakistani Responses to COVID19 Pandemic Flawed? 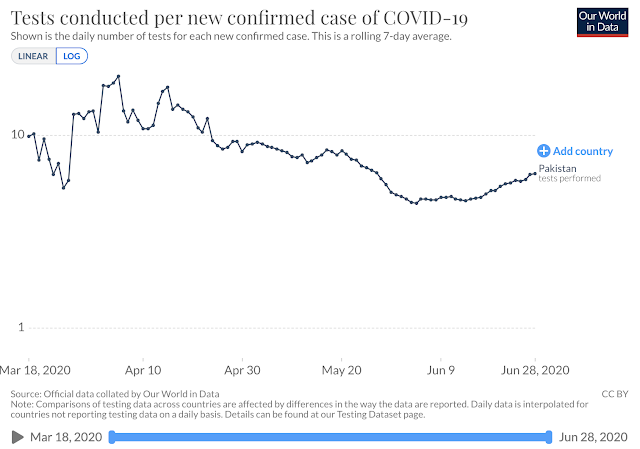 Did the pandemic surveillance system fail in early detection of the Coronavirus in US and Pakistan? What are the problems in this system? What needs to be done to correct the problems? Positive Test Rate Declines to 1 in 6.36 (15.7%) From Peak of 1 in 4.47 (22.3%) on June 4, 2020 How are Prime Minister  Imran Khan of Pakistan  and President Donald Trump of the United States handling the  COVID19 pandemic ? Are both their responses fundamentally flawed? Are absolute total lockdowns as recommended by the World Health Organization necessary in Pakistan? Can Pakistan handle the economic and human consequences of extended total lockdown? Pakistan COVID19 Weekly Death Decline to 577 Now From Peak of 869 Last Week Weekly COVID19 deaths in Pakistan have declined to 577 this week from 869 last week. To put it perspective, about 4,000 Pakistanis died everyday from various causes before the current pandemic. The number of people testing positive in Pakistan has declined to 1 in 6.
1 comment
Read more 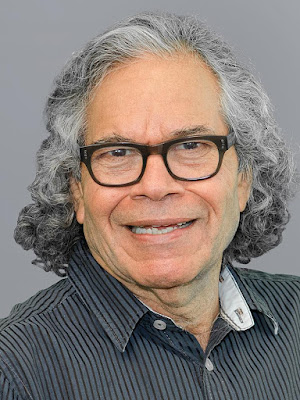 Dr. John Nath Kapoor, Indian-American CEO of Insys Therapeutics, has been found guilty of conspiring to recklessly and illegally boost profits from the opioid painkiller Subsys, a fentanyl spray designed to be absorbed under the tongue, according to multiple media reports. Dr. John Nath Kapoor In 2018, data showed that opioid overdoses killed an average of 128 Americans everyday.  Last year, nearly 70,000 Americans died of opioid overdoses.  Opioid abuse has become a public health crisis with devastating social, economic and health consequences in vast swathes of America.  In spite of knowing the dangers opioids posed, drug companies like Kapoor's Insys heavily promoted such drugs by paying physicians to overprescribe, resulting in enormous company profits. Kapoor has received five and a half years jail sentence.  CBS has reported that others working for him have been sentenced to serve from 12 to 33 months, in part because of the testimony of the government's star wi
4 comments
Read more 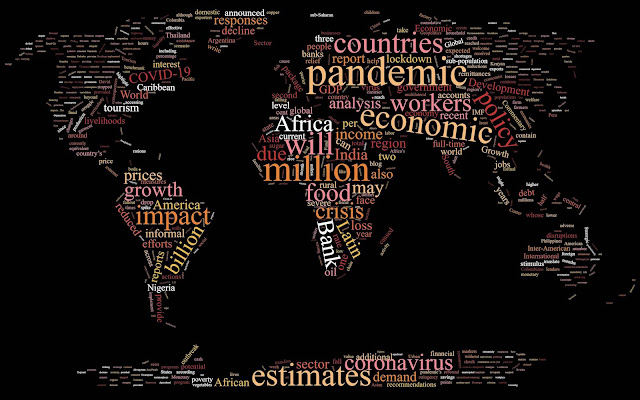 What is the global impact of  COVID19 pandemic ? How has it affected the United States? How is Prime Minister Imran Khan  handling  the  coronavirus crisis in Pakistan ? Are  complete lockdowns  absolutely necessary to contain the spread of coronavirus? Impact of COVID19 Global Pandemic Has  President Trump 's handling of the COVID pandemic and its devastating economic impact hurt his re-election chances?  Who is better for Pakistan? Biden or Trump? Was President Obama's hostility toward Pakistan shared by Joe Biden who served as his vice president from 2009 to 2017? Why did Biden say "Pakistan is  50 times more important  to US than Afghanistan"? Have Prime Minister  Modi's policies  backfired? Why has Modi not succeeded in  isolating Pakistan ? Why do almost all of India's neighbors from  China to Nepal to Pakistan  have problems with India? Why is Modi under India so isolated? Why has President Trump not strongly backed India in  Ladakh ? Despard
15 comments
Read more

Can India Afford Economic Boycott of China After Ladakh? 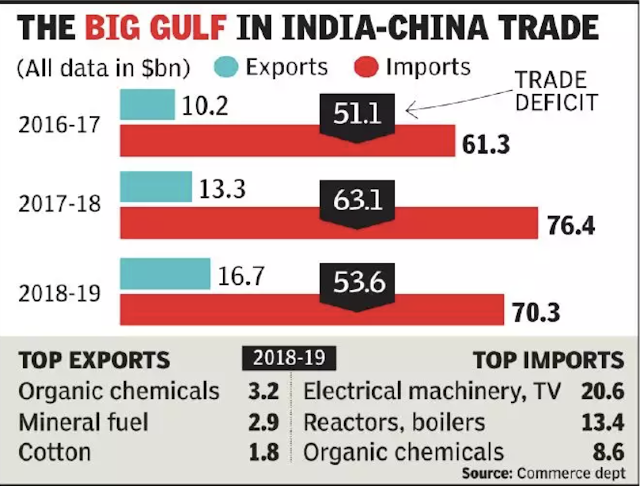 Indian consumers are hooked to a whole range of Chinese products. India's industry sources critical components from China. Indian startups rely on Chinese venture capital. Can Indians really afford to boycott China without seriously hurting themselves after the killing of Indian soldiers by the Chinese Army in  Ladakh ?  Let's look at the data. China-India Lopsided Trade. Source: Times of India Volume of China-India Trade: India accounts for $70 billion of China's export,   less than 3%  of the country's $2.5 trillion in exports. Chinese products make up about 18% of India's total imports. India imports almost seven times more from China than it exports to it, according  Indian media reports . India runs huge trade deficit with China – its largest with any country. In 2018-19, India’s exports to China were mere $16.7 billion, while imports were $70.3 billion, leaving a trade deficit of $53.6 billion. Indian Industries Dependence on China: Indian industry depends on
22 comments
Read more

Top two international medical journals, New England Journal of Medicine (NEJM) and The Lancet, were recently forced to retract two papers on COVID-19 due to obvious fraud committed by the coauthor Sapan Desai, Chicago-based  Indian-American  surgeon and businessman, whose analytics company Surgisphere claimed to have stored clinical data from thousands of patients of hundreds of hospitals as part of HydroxyChloroquine (HCQ) study. Dr. Amit Patel and Dr. Madeep Mehra, both of whom are American-Indians, claimed to be the lead authors of the papers published in The Lancet and NEJM. The drug was promoted by US President Trump as a way to treat COVID patients. The study claimed to have looked at data from 671 hospitals across six continents related to 96,000 patients. The authors claimed that 81,000 hospitalized patients were not given HCQ but 15,000 were given  HCQ  which has been widely used to treat malaria patients. It all turned out to be fake. But it forced World Health Organization
1 comment
Read more

Racism in America; Coronavirus in Pakistan; China in Ladakh 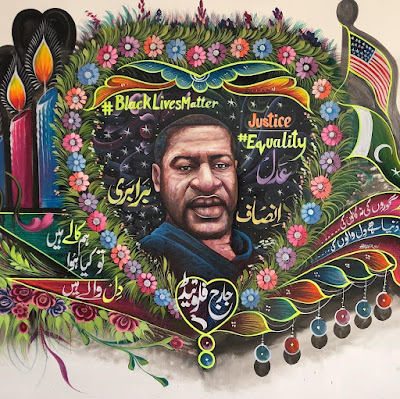 Is the killing of George Floyd by a white Minneapolis Police Officer symptomatic of a deeper problem in American society? Is the  Trump phenomenon  the result of ingrained racism in America? Is racism rooted in America's original sin of slavery?  Is it time to openly acknowledge and address it? Is it time for greater social change beyond the emancipation proclamation of 1860s and the civil rights legislation of 1960s? Is wide participation of white American protesters in recent marches a clear call for action by top leadership in the White House and the US Congress? George Floyd Memorialized By Pakistani Truck Artist Haider Ali What is  the status and the trajectory  of coronavirus pandemic in Pakistan? How widespread are the infections? What does COVID19 and  antibodies testing  tell us? Is easing of  lockdown  justified? How long a lockdown can Pakistan's poor afford? What is the alternative? Can mandatory face mask slow down the spread? Is there a right balance betwee
20 comments
Read more

About 5% of Confirmed COVID19 Cases Currently Hospitalized in Pakistan 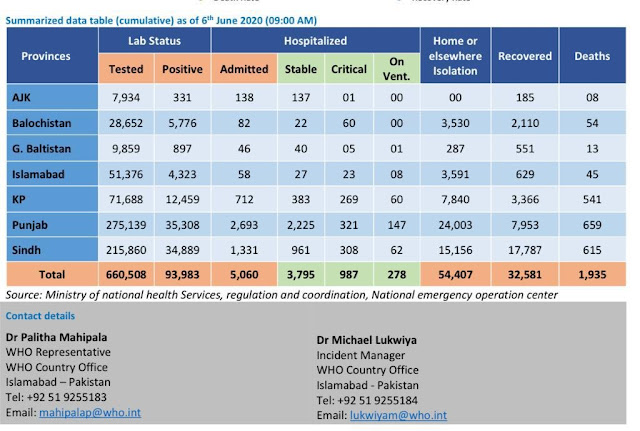 Antibodies testing of 7,000 adults in Karachi reveals that as many as 15% of them have already been exposed to  COVID19  without experiencing symptoms, according to a study by Dr. Wajiha Javed, an epidemiologist and head of public health and research at Getz Pharma in Pakistan. This data raises the possibility that millions of Pakistanis may have already been exposed to coronavirus. It takes at least 40% of the population to be exposed to build herd immunity. This may be the only way to normalcy unless there is a vaccine available sooner. Human Immune Response: Human body naturally produces antibodies to fight viruses of various kinds, including the coronavirus. Presence of antibodies in a person confirms that he or she has been exposed to a virus regardless of symptoms. Serology tests can detect body's immune response to even a low-level viral load. Such an immune response also occurs to a  vaccine  which does not make you sick but helps build immunity. More low level exposure
6 comments
Read more
More posts