Showing posts from October, 2012
Show all

Renewed construction boom in Pakistan has helped the nation's cement producers significantly increase their sales and profits. Year-over-year, income at Lucky Cement, Pakistan's largest producer of building materials,  is up 33% while DG Khan Cement, second largest cement company, has quadrupled its profits. Source: Credit Suisse Report on Pakistan Cement Sector Cement production, an important barometer of national economic activity, was up 8% in 2011-12, according to a research report compiled by a Credit Suisse analyst . CS analyst Farhan Rizvi says in his report that "higher PSDP (Public Sector Development Program) spending has led to a resurgence in domestic cement demand in FY12 (+8%) and with increased PSDP allocation for FY13 (+19%) and General Elections due in Feb-Mar 2013, domestic demand is likely to remain robust over the next six-nine months". Nagan Chowrangi Interchange in Karachi  Ongoing public sector projects include new large and smal
66 comments
Read more 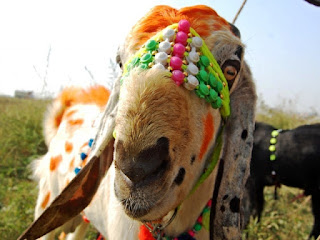 Media coverage of Pakistan's brisk Eid-ul-Azha livestock sales are a reminder that the nation is among the world's  top ten consumers of goat meat  and beef based on  USDA data . Pakistan's goat meat consumption of 779,000 tons in 2011-12 ranks it among the top 3 in the world. 1.7 million tons of beef consumption in Pakistan is ranked  9th among beef consuming nations. In addition, 834,000 tons of poultry meat consumption puts it among world's top 20. Source:  Economic Survey of Pakistan 2011-12 Along with rising meat consumption, there has also been a big surge in milk consumption with the ongoing  livestock revolution in Pakistan . Pakistanis consumed nearly 39 million tons of milk in 2011-12, according to  Economic Survey of Pakistan . This translates into 223 Kg of milk consumption per person which is about the same as the  developed world's per capita milk consumption  and more than twice that of neighboring  India's 96 kg per capita . Although
23 comments
Read more 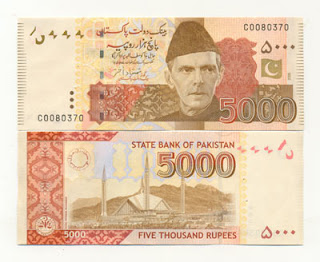 US is providing $80 million to create multiple VC and PE funds in Pakistan. These funds will be run by professional fund managers who will be required to manage and raise additional money from other sources to start multiple funds. US Embassy in Islamabad told Express Tribune that they expect that "there will be substantial interest from local, regional and international investors”. Polish Model: The initiative is based on the Polish American Enterprise Fund model which was started with $140 million from US government and has now grown to several billion dollars of investable funds, according to Express Tribune . US AID's Theodore Heisler said that co-investment was essential in bringing the size of each fund to a level where it can cover operating expenses. The funds will focus on investing in small and medium entrepreneurial companies which, the US Silicon Valley experience has demonstrated, are major drivers of innovation, economic growth and job creation. Histo
20 comments
Read more
More posts