Showing posts from June, 2013
Show all

Sharp fall in Indian currency against the US dollar and slower economic growth have caused India's GDP for Fiscal  Year 2012-13 to shrink in US $ terms to $1.84 trillion from $1.87 trillion a year earlier. The Indian rupee has plummeted from 47.80 in 2012 to 54.30 to a US dollar in 2013, according to Business Standard . Since this report was published in Business Standard newspaper, Indian rupee has declined further against the US dollar to Rs. 59.52 today. At this exchange rate, India's GDP is down to $1.68 trillion, about $200 billion less than it was in  Fiscal 2011-12. Pakistan GDP Per Capita 1990-2012 Source: World Bank Indian GDP Growth Rates 2004-2013 India's economy grew by 5.0% in 2012-13,  its slowest annual rate in a decade, down from 6.2% last fiscal year. In the fourth quarter ending in March, gross domestic product grew by 4.8% year-over-year, slightly higher than the previous quarter when it expanded by 4.5%, according to Indian government data
23 comments
Read more 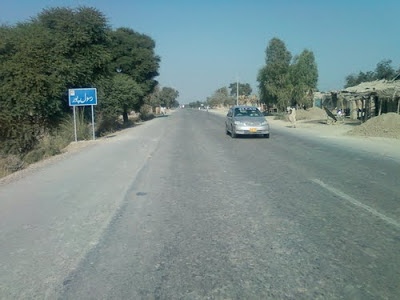 Pakistan's sensational media coverage projects only the dark side of the country with a constant stream of news stories of militancy, illiteracy and deprivation. But BBC Urdu took a road less traveled and found a small village of Rasoolpur in the Punjab which demolishes some of the worst stereotypes of the country . Here's how BBC describes it: دور دراز علاقوں سے ایک تو خبر ہی مشکل سے آتی ہے۔آتی بھی ہے تو اکثر بری خبر ہی ہوتي ہے۔ شايد سی لیے رسول پور جیسے گاؤں، 99 فیصد شرح خواندگی اور زیرو جرائم کا ریکارڈ رکھنے کے باوجود سنسنسی زدہ میڈیا کے لیے خبر کا درجہ نہیں رکھتے۔ ۔ Translation: News from remote areas of Pakistan does not easily reach the urban press but when it does, any good news like 100% literacy and zero crime in Rasoolpur village is discarded by the sensational media as not newsworthy. Rasoolpur is a village with a population of just 2000. Most of its residents are ethnic Baloch whose ancestors migrated from Pakistan's Balochistan province to Souther
5 comments
Read more

Lahore-based Groopic and Islamabad-based Tunacode have been accepted to be part of this summer’s Blackbox Connect program in Silicon Valley. Founded by Pakistanis, both companies are start-ups with innovative products whose founding teams are looking to live, learn and network for two weeks at an Atherton mansion this summer from July 15 to 26, 2013.  These young entrepreneurs are a reflection of Pakistan's growing human capital . This year's summer program of Blackbox Connect is supported by Google. Groopic is an application that helps put the photographer back into photos with his or her buddies. Eyedeus, the company behind Groopic, emerged from the first batch of companies at Plan9 , the Punjab government’s incubator which is named after an operating system project at the Bell Labs in the 1980s. Tunacode specializes in optimizing complex software to graphic processing units (GPUs). The two Pakistani companies are among eight non-US start-ups selected to partic
6 comments
Read more

US Secretary of State John Kerry's current visit to India has aroused Indian media's anger with the Times of India  protesting that the secretary has "sought to draw parity between India and Pakistan". In an article titled “Kerry’s soft line on Pakistan a sore subject,” Indian newspaper The Hindu complained: “Departing from his predecessor Hillary Clinton’s line of commiserating with the victims of the 2008 Mumbai attacks, he opted to sympathize with the victims of the Uttarakhand flash floods instead.” Global Poverty Rates  For the last several years, Indian elites have been quite obsessed about de-hyphenating their country from Pakistan and fusing it with China by inventing such words as "Chindia" . However, it's also clear from the Indian media reactions to Kerry's words that India's rivalry with Pakistan inflames far more passion in India than does India's self-proclaimed competition with China. Robert Kaplan of Stratfor ques
24 comments
Read more

Pakistan to Beg and Borrow to Finance 2013-14 Budget 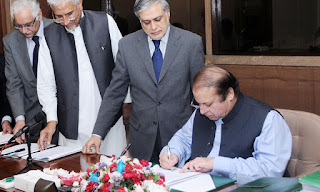 Pakistan's proposed federal budget 2013-14 includes $36 billion in spending with deficit financing of $16 billion. Of this $16 billion, over $5 billion will be borrowed by the federal government to pay the power sector to settle the so-called circular debt. Heavy Tax Burden on the Poor: Direct taxes make up only about 3.5% of Pakistan's federal revenue. The rest comes from indirect taxation, mainly consumption tax, making Pakistan's tax policy among the most regressive in the world. The low-income people who have to spend almost all of their incomes will be paying tax on their entire incomes while the high-income groups who spend a small percentage of their income will pay little in taxes. While the general sales tax (GST), a consumption tax, has been raised from 16% to 17%, vast swaths of the economy have been left out of the tax net. A major weakness in public finances is the lack of fiscal effort by the provinces. With some of the largest segments of economic a
14 comments
Read more 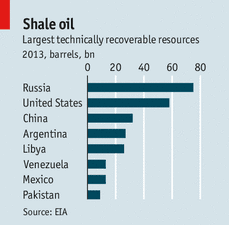 Access to Energy Broadens in Pakistan as Supply Remains Constrained 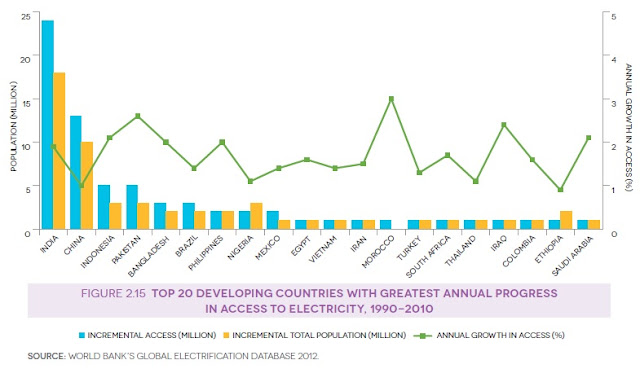 Pakistan has made remarkable progress in electrification of its towns and villages both in absolute terms and as percentage of population over the past two decades, according to a recently-released report titled  "Global Tracking Framework"  issued jointly by the World Bank and the International Energy Agency. This report at least partly explains the dramatic increase in demand-supply gap and consequent increase in load-shedding in Pakistan. The report says that 60 percent of Pakistanis had access to electricity in 1990, 80 percent in 2000 and 91 percent in 2010. By 2010, 88 percent people of rural and 98 percent of the country's urban population had access to electricity. Comparable figures in India are as follows: 51% in 1990, 62% 2000, and 75% in 2010. 93% of urban and 67% of rural Indians had access to electricity in 2010. The report identifies top 20 countries with the largest number of people to have gained access to electricity over the past 20 years. Of th
16 comments
Read more 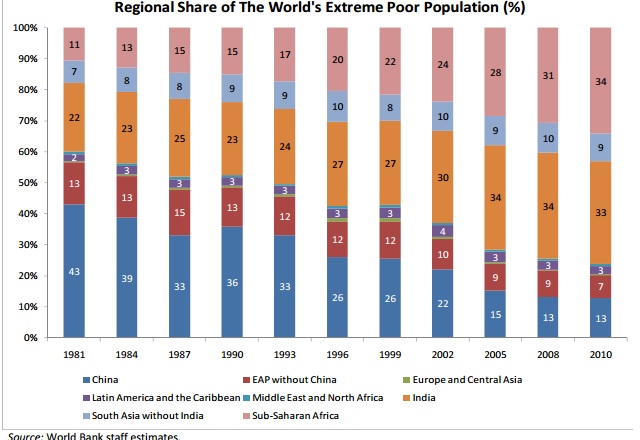 A billion people were lifted from abject poverty between 1980 and 2010. China accounts for nearly three quarters of these, or 680 million people brought out of misery, by reducing its extreme-poverty rate from 84% in 1980 to 10% now, according to a report in The Economist .  The report adds that with "poorer governance in India and Africa, the next two targets, means that China’s experience is unlikely to be swiftly replicated there". Source: Where Are the Poor and Where Are the Poorest? As China's share of the world's extreme poor (living below $1.25 per day per person level) has dramatically declined, India's share has significantly increased.  India now contributes 33% (up from 22 % in 1981). While the extreme poor in Sub-Saharan Africa represented only 11 percent of the world’s total in 1981, they now account for 34% of the world’s extreme poor, and China comes next contributing 13 percent (down from 43 percent in 1981), according to the World Bank rep
16 comments
Read more
More posts