Showing posts from November, 2011
Show all

American Multi-nationals Moved 1.5 Million US Jobs to India and China

American corporations created 453,000 jobs in India, a whopping 642% increase in a decade that saw the same corporations cut 846,000 jobs at home. Overall, US multinational corporations added 1.5 million workers to their payrolls in Asia and the Pacific region from 1999 to 2009, and 477,500 workers in Latin America, according to US Commerce Dept data as reported by the Wall Street Journal . From 1999 to 2009, the multinational companies also reduced capital-investment spending in the U.S. at an annual rate of 0.2% and increased it at a 4.0% annual rate abroad. This occurred in spite of huge Bush era tax cuts for the rich. Bulk of the increase in overseas investment and hiring by U.S. multinationals has been in the service sector where most of the American middle class jobs have been lost. Among U.S. multinational firms in manufacturing, about 60% of employment is still in the U.S. But the manufacturers cut their U.S. payrolls by 2.1 million in the 2000s and added 230,000 worker
3 comments
Read more

The US state of Alaska has a small population of only 680,000 people and vast territory measuring 1.5 million square kilometers. The state is endowed with tremendous mineral wealth--particularly oil and gas. Alaska Permanent Fund was set up in 1976 to ensure that ordinary Alaskans get a share of this natural wealth. Currently the fund has assets of over $38 billion and each Alaskan will receive $1,174.00 in cash from it for 2011. Pakistan's Balochistan province shares some similarities with the US state of Alaska. It is the largest of Pakistan's four provinces in terms of area (347,190 square kilometers) but the smallest in terms of population (6.6 million). With large reserves of copper, gold and natural gas, it is probably the richest of Pakistan's provinces in terms of its natural resources . Most of the grievances of the people of Balochistan stem from a sense that they have not benefited from the resources under their land . Powerful tribal chieftains in the p
21 comments
Read more

US Role as Nuclear Proliferator to India 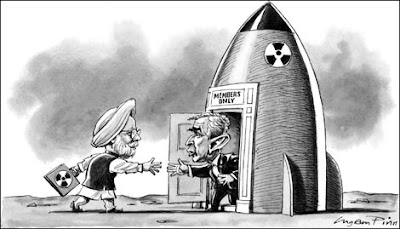 The story of how India acquired nuclear weapons gets almost no attention in the Western media as they continue to focus on nuclear proliferation by Pakistan's AQ Khan. The nuclear proliferation narrative in the mainstream American and European media begins with A.Q. Khan's network rather than the actors in North America and Europe as the original proliferators of nuclear weapons equipment, materials and technology to India in 1960s and 1970s. These nuclear exports from US to India continued for several years even after the Indian nuclear test in 1974. The real story, as recounted by Paul Leventhal of The Nuclear Control Institute , begins with the US and Canada supplying nuclear reactors and fuel to India in 1960s. As the story unfolds, we learn that the spent fuel from Canadian Cirus reactor was reprocessed into bomb-grade plutonium using a reprocessing plant provided by an American-European consortium, and later used to explode India's first atom bomb at Pokhran in
17 comments
Read more 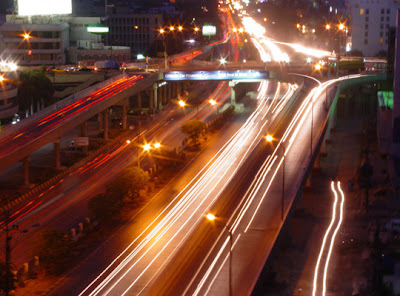 While Pakistan's HDI of 0.504 ( 2011 ) ranks it among UNDP's low human development countries, its largest city Karachi's HDI of 0.7885 ( 2005 ) is closer to the group of nations given high human development rankings. In a regional human development analysis for Pakistan done by Haroon Jamal and Amir Jahan Khan of the Social Policy and Development Centre (SPDC), Karachi ranks at the top with HDI of 0.7885, followed by Jhelum district's 0.7698 and Haripur's 0.7339. Lahore has HDI score of 0.6882 and Rawalpindi 0.638. Majority of the nations ranked as high human development are less populated than Karachi with its 15 million+ inhabitants , and none is experiencing the massive waves of poor rural migrants from some of the least developed areas of Pakistan which Karachi continues to absorb after each disaster in other parts of the country, natural or otherwise. Karachi often makes news for its recurring episodes of violence which claim many innocent lives. Y
16 comments
Read more 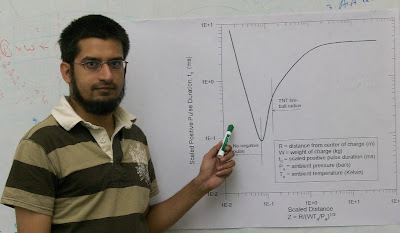 Simulation software developed by Fulbright scholar Zeeshan Usmani is helping investigators analyze bombings and pursue perpetrators of terror in Pakistan. Usmani is the product of currently the world's biggest Fulbright program being offered in Pakistan, with approximately 200 scholarships for advanced degrees in 2011 alone. Usmani collaborated with Daniel Kirk at Florida Institute of Technology to develop Usmani-Kirk model for analyzing suicide bomb blasts. The model uses various inputs like before-and-after video footage, bombing debris, chemical residues, victims' injuries, casualty patterns, autopsy data and other available clues about suspects and forensic data to piece together the details of each incident and to help identify the cause and the perpetrators. Upon returning to Pakistan with a doctoral degree, Usmani was introduced by a business executive Adnan Asdar to Karachi's senior police officials who were investigating the Ashura bombing of 28 December, 20
19 comments
Read more
More posts