Showing posts from September, 2009
Show all

Can Democracy Deliver For the People in Pakistan?

In an Op Ed piece published in Pakistani newspaper "the News" recently, Ms. Farahnaz Ispahani, the wife of Pakistani Ambassador in Washington and a close Zardari aide, claims "democracy does deliver". She proudly talks about her government's success in tripling of the US non-military aid to $1.5 billion a year "to the dismay of the government's detractors and contrary to the vilification campaign going on in the country against the elected leadership". When Ms. Ispahani says that "democracy does deliver", what she really means is that democracy delivers US aid to her government. The underlying assumption appears to be that such aid alone will solve Pakistan's current economic problems. However, she does not mention Pakistan's serious economic decline, mounting job losses and rising poverty since her party took control of the government in 2008, nor does she make any reference to the ominous conditions attached to the US aid bil
2 comments
Read more 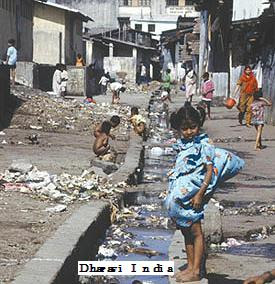 There is a growing wave of urbanization in the developing world as the cities are drawing people away from subsistence farming to jobs in the industrial and service sectors. This rapid migration of people from rural to urban areas is causing massive increases in urban populations, creating more and larger urban slums, increasing the potential for environmental deterioration, and bringing tremendous pressures on city services already strained beyond limits. Take sanitation, for example, and it is no surprise that three major South Asian cities, Dhaka, Mumbai and New Delhi, show up on Mercer's list of the world's dirtiest cities . United Nations Habitat estimates that roughly 1 billion people -- or 33 percent of the world's urban population lives in slums. By 2030, according to the UN's human settlement program, that number is likely to double. The slum dwellers struggle to survive with little clean water and sometimes no electricity around metropolises like Rio de Jan
8 comments
Read more

Is India Condemning its Children to Brain Damage?

While researching the causes of the sugar crisis in Pakistan earlier this month, I found that, on a per capita basis, Pakistanis consume significantly more of almost everything they eat than their neighbors, including wheat, dairy, meat, poultry and sugar. The only comparable category between Indians and Pakistanis are fruits and vegetables, of which both use less than 100 grams a day. This was before the shameful deaths of several destitute Karachi women scrambling to grab free wheat bags stole the headlines. In spite of the fact that there is about 22% malnutrition in Pakistan and the child malnutrition being much higher at 40% (versus India's 46%), the average per capita calorie intake of about 2500 calories is within normal range. But the nutritional balance necessary for good health appears to be lacking in Pakistanis' dietary habits . One way to alleviate the sugar crisis in Pakistan is to reduce sugar consumption and substitute it with greater intake of fruits and
3 comments
Read more

More on Quality of Higher Education in South Asia 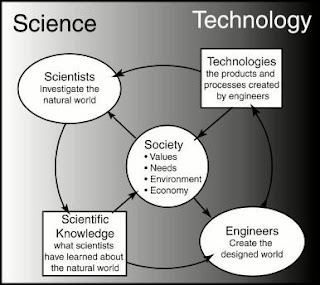 A recent Chowk.com article titled "Indian Technical Recession", written by an IIT Alumnus Mr. Sharad Chandra, asks the following basic question about the quality of engineering education in India: "So why Indian engineering education system is not capable of producing quality engineers for the country?" Then the author goes on to answer his own question as follows: "One of the primary answers lies in the fact that Indian education is totally focused on academic excellence. A student is never asked to analyze, understand, and deliver an engineering project. Very often faculty also has no engineering experience. Professors may have an excellent academic background going themselves through graduation, post graduation and PhD but with a minimal exposure to industrial applications. In short, they prepare their students also for an excellent academic career expecting him to learn hard core engineering on the job but very often producing bankers. In all there
22 comments
Read more

Pakistan is seriously pushing ahead with a plan to sell or lease over 700,000 acres of agricultural land to foreign investors in the face of growing opposition at home. A Saudi delegation is due in the country this month for further talks on a plan to lease an area of land more than twice the size of Hong Kong, a Pakistani official told Reuters this month. Similar reports have surfaced earlier, indicating UAE investors have been quietly buying Pakistani farm land . In June, news agency Reuters reported that the government of Pakistan had offered 404,700 hectares (ha) of farmland for sale or lease to foreign investors. It is the usual suspects of the Gulf states and South Korea who are the likely targets of the government's drive for investment. Oil rich, food poor states from the Middle East and food deficit prone South Korea have been spurred by the high food prices of 2007 and 2008 to increase their food security by investing in agricultural land abroad. Also in June 2009
3 comments
Read more

September 15, 2009
International credit rating agencies Moody's and Standard and Poor have both raised Pakistan's credit rating and outlook, according to Bloomberg News . Moody’s rates Pakistan’s foreign debt at B3, six levels below investment grade and the same ranking as Argentina and Bolivia. The country’s local-currency bonds are rated by Moody’s at the same level. India's credit ratings (BBB-/Negative/A-3) are higher than Pakistan's but the ratings may be lowered because of concerns about its rising fiscal deficit of 6.8% of GDP announced in the 2009-10 Budget. “The upgrade reflects Pakistan’s improved external liquidity position, coupled with its successes in implementing corrective policy measures to rectify an unsustainable fiscal trajectory,” S&P said in a statement. “A narrowing current account deficit, helped by buoyant remittance inflows, and successive disbursals of the IMF and other multilateral loans have reduced the risk of near-term external payment difficulties for
Post a Comment
Read more 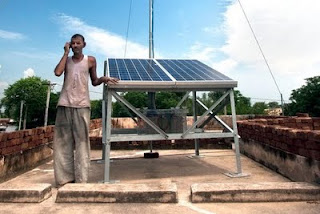 VNL 's solar-powered base station for cellphone networks was judged as leading the wireless category of the Wall Street Journal Technology Innovation Awards 2009. The speed and depth of the mobile phone penetration in the developing countries, such as India, Bangladesh and Pakistan , has been the subject of a lot of discussion in business and marketing circles. The fact that the poor people in these developing nations are willing to spend several months' wages to purchase mobile phones has established that the poor do represent a significant market opportunity to sell products that offer value to them. Though most major multi-nationals have not caught on yet, mobile service carriers like Telenor and Digicel are already laughing all the way to the bank. Telenor was drawn to Bangladesh and Pakistan, and Digicel to Haiti, by low-wage workforces and the potential for creating local consumer markets, despite poverty. Both companies refused to accept the low-purchasing-power stat
Post a Comment
Read more

Urbanization is not just a side effect of economic growth; it is an integral part of the process, according to the World Bank. With the robust economic growth averaging 7 percent and availability of millions of new jobs created between 2000 and 2008, there has been increased rural to urban migration in Pakistan to fill the jobs in growing manufacturing and service sectors. The level of urbanization in Pakistan is now the highest in South Asia, and its urban population is likely to equal its rural population by 2030, according to a report titled ‘Life in the City: Pakistan in Focus’, released by the United Nations Population Fund . Pakistan ranks 163 and India at 174 on a list of over 200 countries compiled by Nationmaster . Pakistan has and continues to urbanize at a faster pace than India. From 1975-1995, Pakistan grew 10% from 25% to 35% urbanized, while India grew 6% from 20% to 26%. From 1995-2025, the UN forecast says Pakistan urbanizing from 35% to 60%, while India's for
17 comments
Read more

With China poised to surpass the United States as the world's largest automobile market this year, the Chinese government has announced plans to help the nation leapfrog Japan to become the largest producer of all-electric and hybrid vehicles in the world. By committing to electric vehicle production, China is also attempting to reduce urban air pollution, carbon emissions and growing dependence on imported oil. A current production Toyota Prius nickel metal hydride battery pack uses 30 kilograms of nickel, 2 kilograms of cobalt and 12 kilograms of lanthanum because the active hydrogen storage alloy in the battery is either LaNi4.5Co0.5 or (Ce, La, Nd, Pr)Ni5. The Prius assembly plant in Japan has so far used one and 1.5 million rechargeable nickel metal hydride battery packs and achieved with them some of the lowest numbers of service issues ever seen in the OEM automotive industry. In fact most of the original Prius rechargeable nickel metal hydride battery packs have exceede
3 comments
Read more 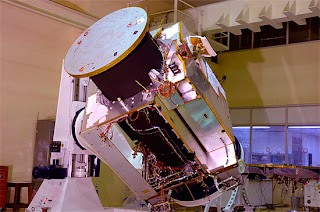 By Ameer Alam The Indian Space and Research Organization (ISRO) terminated the Chandrayaan-1 mission 18 hours after losing contact with the spacecraft on Aug 29, 09. The spacecraft completed less than half (10 months) of its two year mission life. The initial inkling of something amiss came of May 19, 09 when the satellite was suddenly raised from a lunar orbit of 100 km to 200 km orbit. ISRO did not disclose the nature of the problems at that time, instead it claimed that "the higher altitude would enable further studies on gravity anomalies and imaging a wider swath of lunar surface". Later it was revealed that both the primary and secondary star trackers (sensor units), had failed on orbit. Star tracker is a part of the spacecraft attitude control system, which accurately orients the spacecraft and helps keep the cameras and other instruments properly aimed at the lunar surface. The ISRO controllers then switched to a less accurate option of a combination of gyroscopes,
8 comments
Read more 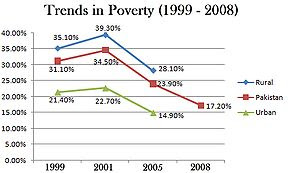 Center for Poverty Reduction ( CPRSPD ), backed by the United Nations Development Program(UNDP), has estimated that Pakistan's poverty at national level declined sharply from 22.3 percent in 2005-06 (versus India's poverty rate of 42% ) to 17.2 percent in 2007-08. Prior to this report, the 2009 UN Human and Income Poverty Report said the people living under $1.25 a day in India is 41.6 percent, about twice as much as Pakistan's 22.6 percent. The latest poverty estimate of 17.2% has been validated by the World Bank . It should not be a big surprise, given the close relationship between poverty reduction and robust economic growth that Pakistan saw from 2005-06 to 2007-08. The economic slowdown has only occurred in 2008-09, which appears to have resulted in some visible poverty increase on the ground since the middle of last year. However, there seems to be a deliberate effort being made by some politically motivated Pakistani economists and politicians to delay the relea
5 comments
Read more
More posts