Showing posts from June, 2021
Show all

The Biden Bounce: US Student Visa Applications From Pakistan Jump 37% in 2021 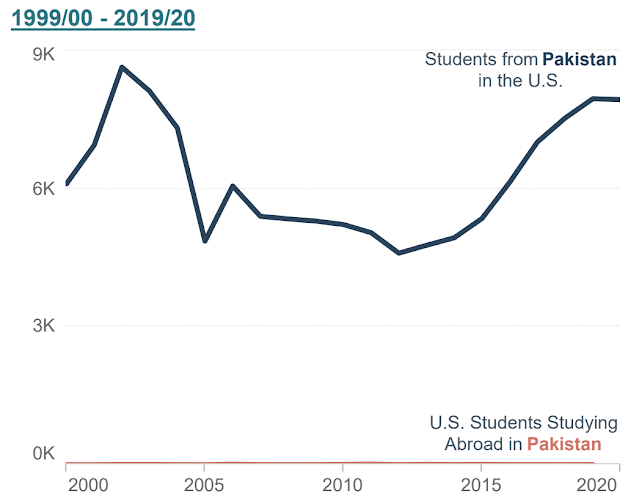 Student visa applications from Pakistan have jumped 37% this year. Overall, the number of international student applicants has increased by about 9% this year from last year, according to data from the Common App, as of January 22, 2021. Most of the top “sending” countries are showing increases, with the notable exception of China, the leading source of international students. But that decrease has been more than offset by substantial increases from countries like India, Canada, Nigeria, Pakistan, the United Kingdom, and Brazil, according to a report in Forbes magazine. Pakistani F-1 Students in the United States. Source: Open Door Although applications from China are down by 18% from last year, that loss is more than offset by large increases in applicants from several other countries; including India (+28%), Canada (+22%), Nigeria (+12%), Pakistan (+37%), the United Kingdom (+23%), and Brazil (+41%), according to  Forbes . American colleges and universities have welcomed the trend. 4
7 comments
Read more

Top One Percent: Are Hindus the New Jews in America?

Hindu Americans have surpassed Jewish Americans in education and rival them in household incomes. How did immigrants from India, one of the world's poorest countries, join the ranks of the richest people in the United States? How did such a small minority of just 1% become so disproportionately represented in the highest income occupations ranging from top corporate executives and technology entrepreneurs to doctors, lawyers and investment bankers? Indian-American Professor Devesh Kapur, co-author of The Other One Percent: Indians in America, explains it in terms of educational achievement. He says that an Indian-American is at least 9 times more educated than an individual in India.  He attributes it to what he calls a process of "triple selection".   Hindu American Household Income: A 2016 Pew study reported that more than a third of Hindus (36%) and four-in-ten Jews (44%) live in households with incomes of at least $100,000. More recently, the US Census data shows that
46 comments
Read more 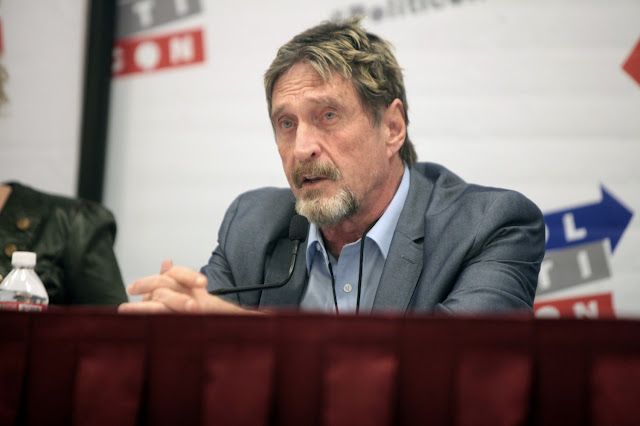 Security software pioneer John McAfee was found dead in his jail cell in Spain today. He was 75 years old. He started McAfee Associates in 1987 in his small house in Silicon Valley, in response to the news of a Pakistani computer virus called Pakistani Brain, thought to be the first to infect personal computers. Miko Hypponen, a top software expert, believes that "they (Pakistani brothers Amjad and Basit Alvi) never meant to destroy any data or cause any harm for anyone". He was fighting extradition to the United States from Spain to face federal charges of tax evasion. The US Justice Department indictment alleged that McAfee used cryptocurrency transactions to hide his earnings.  John McAfee (1945-2021) Pakistani Brothers:  The year was 1986. Most personal computers used floppy disks to boot and to move files from one computer to another. Floppy disk was also the medium used by Amjad and Basit Alvi, two  Pakistani brothers  living in Lahore, to create and spread history'
Post a Comment
Read more 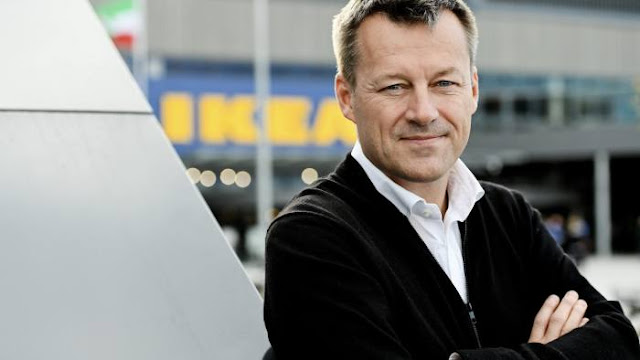 Jesper Brodin, CEO of Holland-based Ingka Group, started his 25-year career working for Ikea in Karachi, Pakistan in 1995. Ikea does not operate its stores in Pakistan but the company sources home textiles from the South Asian country. Today,  Ikea is a major global retailer of home furnishings with worldwide sales of over $40 billion. Like any other major retailer, it is responding to its customers' demand for products produced in a sustainable way in terms of their impact on the environment and the people involved in the supply chain.  Ikea CEO Jesper Brodin. Source: Financial Times Who is Jesper Brodin? Jesper Brodin is the chief executive officer (CEO) of Ingka Group that owns IKEA, a global retail sores chain with worldwide revenue of over $40 billion. He was born in Gothenburg, Sweden.  Brodin started his career as IKEA's purchasing manager in Karachi, Pakistan in 1995. Speaking to Bloomberg TV recently, he said he learned after being hired that he was the only applicant
3 comments
Read more

US Census: Pakistani-Americans Are Young, Well-educated and Prosperous 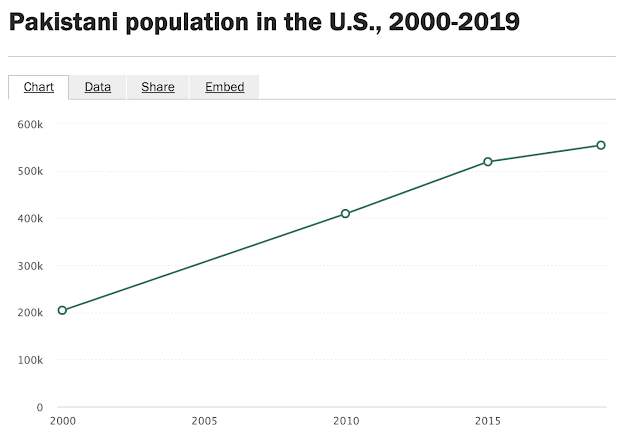 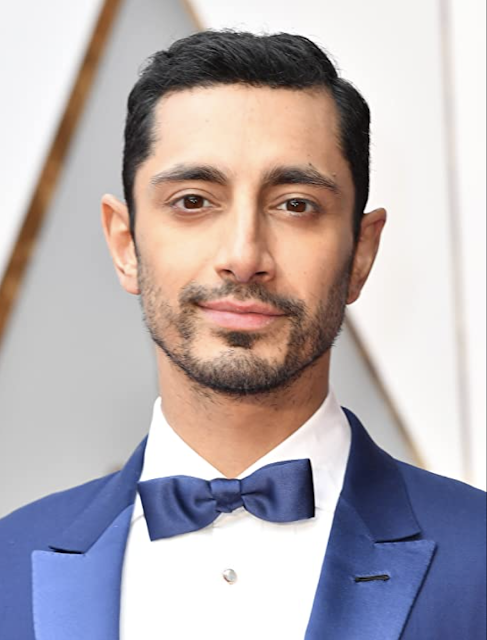 “With all my privilege and profile, I often wonder if this is going to be the year they round us up, if this is the year they’re going to put Trump’s Muslim registry into action, if this is going to be the year they ship us all off,” Riz Ahmad said back in 2019 at Creative Artists Agency's Amplify Conference. “The representation of Muslims on screen — that feeds the policies that get enacted, the people that get killed, the countries that get invaded.” British Pakistani Muslim Actor Rizwan Ahmad Who is Riz Ahmad? Oxford-educated British Pakistani Rizwan Ahmad was born in Wembley, England in 1982. His parents migrated to the United Kingdom from Karachi, Pakistan in the 1970s. Riz is among the highest profile Muslim actors in Hollywood today. He has won an Emmy and received an Oscar nomination for acting.  Riz has been an outspoken critic of the negative stereotyping of Muslims in western mainstream entertainment industry, particularly  Hollywood .  He blames it on  Islamophobia  fro
8 comments
Read more 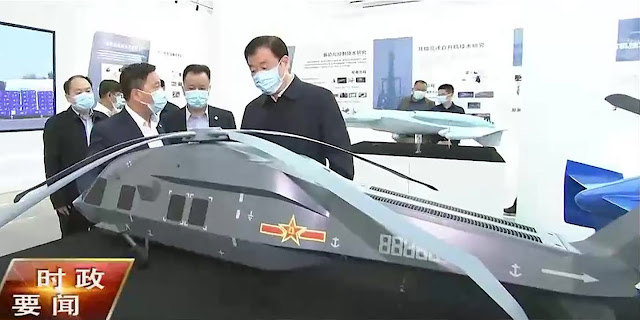 American Defense publication "The Drive" claims that Pakistan has helped China get access to American stealth aircraft technology. Specifically, the American website alleges that the Pakistanis gave Chinese access to the wreckage of the US stealth helicopter destroyed during the American raid to kill Usama Bin Laden in Abbottabad in 2011. Chinese experts have called the accusation "groundless", according to Global Times.  Chinese Stealth Helicopter Model. Source: Henri Kenhmann The accusations surfaced when a Chinese helicopter model, believed to be a variant of the Chinese Z-20 helicopter, was displayed in China on May 19, 2021. The model in question was spotted by @HenriKenhmann who posted a picture of it on  social media .  Here's how " The Drive " website describes it: "The aircraft shown appears to be a stealthy adaptation of China's Z-20 medium-lift helicopter, which itself is something of a clone of the H-60 Black Hawk. The Z-20's s
2 comments
Read more 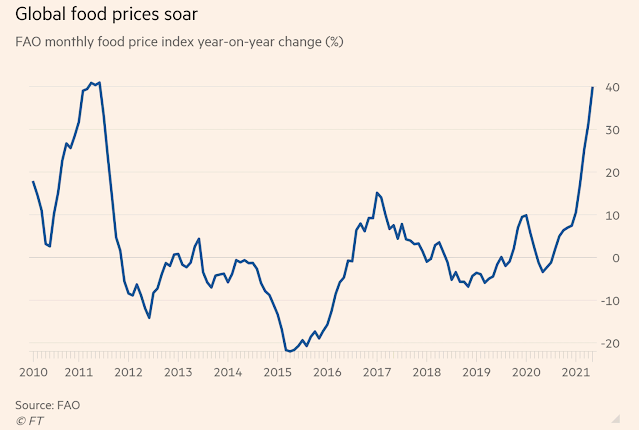 Food prices in Pakistan rose 14.8% in May while the average inflation rate for July-May period of the current fiscal year came in at 8.83%,  according to Pakistan Bureau of Statistics.  Meanwhile, global food prices have surged by  40% in May ,  the highest rate in a decade, according to the United Nations Food and Agriculture Organization. Poor harvest due to bad weather and  COVID19 pandemic -related disruptions in production and distribution are being blamed.  Global Food Prices Soaring. Source: FAO via Financial Times In Pakistan, chicken prices shot up by 60%, followed by 55% increase in prices of eggs, 31% rise in prices of mustard oil and wheat prices were up by 30% year over a year, according to the PBS. Globally, prices of cereals (including wheat) jumped 37%, vegetable oil 124%, meat 10% and sugar 57%.   Food Items Seeing Double Digit Price Surges. Source: Bloomberg Higher imports of food items at high prices and increased shipping costs have added to Pakistan's food infl
18 comments
Read more

Kleiner Perkins, a top Silicon Valley venture capital investment firm, is leading series A round of $17 million investment into Pakistani start-up Tajir. The startup operates an online marketplace for small store merchants in Pakistan. The announcement came via a tweet by Mamoon Hamid, a Pakistani-American Managing Partner at Kleiner Perkins who led the investment. Last year, Tajir raised a $1.8 million seed round.  The company's revenue has increased by 10x since its seed round.  Here's what Hamid tweeted: "Made my first investment in Pakistan, my country of birth, and a place I called home from the ages of 10 to 13. Feels special. This also marks @kleinerperkins first investment in Pakistan. We are thrilled to announce our investment in @tajir_app_pk"  Tajir has been cofounded by two brothers, Babar and Ismail Khan. The company lets stores place orders for inventory through its app and allows customers to compare the prices of goods, purchase inventory and have a
18 comments
Read more 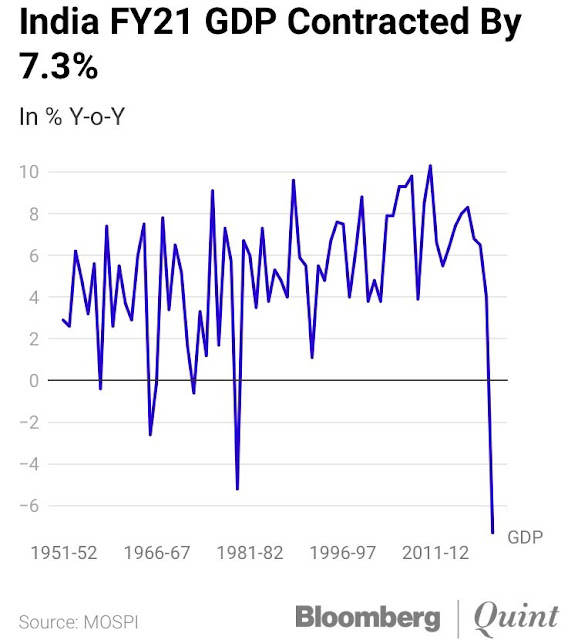 Indian economy shrank 7.3% in fiscal year 1920-21, its worst performance since independence in 1947. Nearly 230 million middle class Indians have slipped below the poverty line, constituting a 15 to 20% increase in poverty since Covid-19 struck last year, according to  Pew Research . Middle class consumption has been a key driver of economic growth in India. Erosion of the middle class will likely have a significant long-term impact on the country's economy. “India, at the end of the day, is a consumption story,” says Tanvee Gupta Jain, UBS chief India economist, according to Financial Times. “If you never recovered from the 2020 wave and then you go into the 2021 wave, then it’s a concern.”   India's Economic Performance Since Independence. Source: Bloomberg Mainstream Indian media have long been afraid to cover the incompetence and failures of Prime Minister  Modi's government . But this is finally changing with the COVID pandemic hitting India's newsrooms. Dozens of
45 comments
Read more
More posts