Showing posts from July, 2022
Show all

Technology startups in Pakistan received record $249 million funding during January-June 2022, up a whopping 171% from the same period last year. A total of 35 deals closed, up 6% from the first half of 2021. July 2022 saw a maiden investment from Sequoia Capital which is considered among the top venture capital firms headquartered in Silicon Valley, California.  Last year was a banner year for Pakistani startups with $310 million venture capital investments.  Venture Capital Investments in MENAPT Region 1H/22. Source: Magnitt Sequoia Capital and Kleiner Perkins co-led $17.6 million seed round in Islamabad-based fintech startup DBank this month. DBank has been founded by Tania Aidrus and Khurram Jamali, both of whom have studied the challenges the unbanked population faces closely at their previous stint at Google, where they worked on payments rails for the company’s Next Billion Users initiative, according to Tech Crunch .  Soaring VC Investments in Pakistani Startups. Source: Bloo
36 comments
Read more 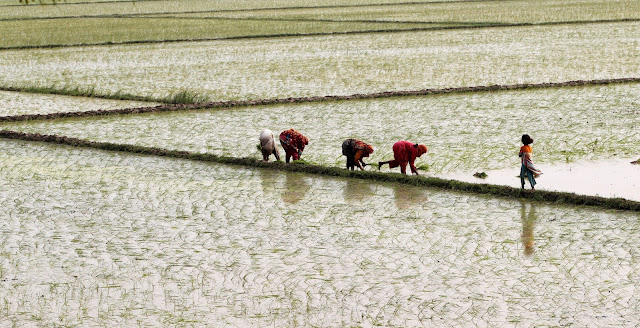 In the first few months of 2022,  Pakistan has exported more rice to China than Vietnam, the historic top supplier, according to the United States Department of Agriculture ( USDA ).  Pakistan's total rice exports are forecast to jump by 450,000 tons to 4.8 million tons, almost 30% higher than the prior year.  Women Farmers Planting Rice in Pakistan. Source: Reuters Pakistan experienced broad-based economic growth across all key sectors in FY 21-22; manufacturing posted 9.8% growth, services 6.2% and agriculture 4.4%. The 4.4% growth in agriculture is particularly welcome; it helps reduce rural poverty.  The country is expected to have yet another record year for agriculture in 2022-23 after heavy monsoon rains. Rice is an important food crop in Pakistan  but wheat is the principal grain consumed domestically. Unfortunately, the same hot and dry planting conditions that delayed planting of the 2022 rice crop in Punjab and Sindh provinces have adversely affected Pakistan’s wheat pro
26 comments
Read more 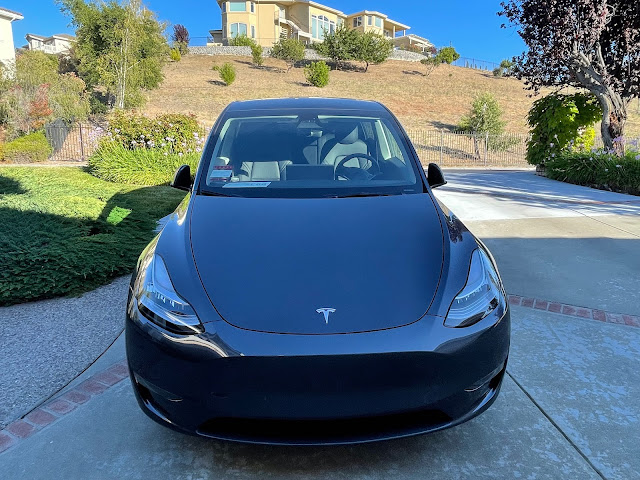 In response to growing reports of extreme  heat and floods  around the world, my wife and I are doing our part to reduce our carbon footprint: We now have rooftop solar panels as well as two electric vehicles. In fact, we have had rooftop solar since 2019. My wife Yasmeen traded in her Toyota Prius Hybrid car for an all-electric Chevrolet Bolt in 2019, and I have recently traded in my gasoline-powered Mercedes sedan for a Tesla Model Y 2022. Both of us see these actions as the least we can do to help our future generations. We all need to help bring about the  clean energy revolution .  My New Tesla Model Y 2022 Our rooftop solar panels have been generating enough electricity to power our home for the last three years. The SunRun solar app we have shows that our solar panels generated 8,500 kWh of electricity in the last 12 months, reducing CO2 emissions produced by 6,622 pounds of coal and 676 gallons of gasoline.  Rooftop Solar Panels on Our House Silicon Valley where I live is at th
14 comments
Read more 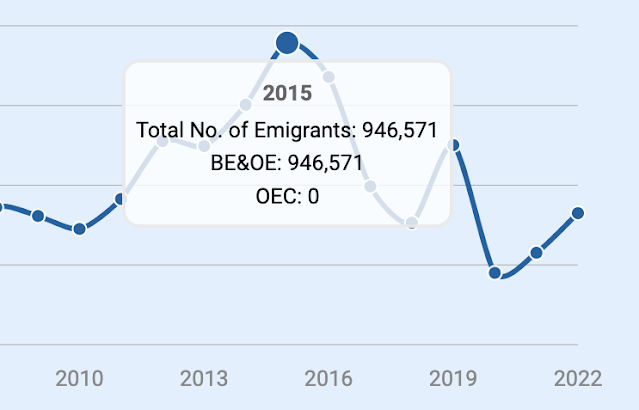 Among 10 countries with the estimated net outflow of migrants exceeding 1 million over the period from 2010 through 2021, Pakistan saw 16.5 million migrants move overseas, the highest in the world, according to a report titled "World Population Prospects 2022" released by the United Nations Department of Economic and Social Affairs ( UN DESA ).  Pakistani Workers' Overseas Migration Data (2010-2021). Source: Bureau of Emigration In many of these countries with more than one million people leaving, the outflows were due to temporary labor movements, such as for Pakistan (net outflow of 16.5 million), India (3.5 million), Bangladesh, (2.9 million), Nepal (1.6 million) and Sri Lanka (1.0 million).  The report also said that India's population will surpass China's in 2023. Over half of the global population increase up to 2050 will be in just 8 countries: Democratic Republic of Congo, Egypt, Ethiopia, India, Nigeria, Pakistan, the Philippines & Tanzania. Populatio
15 comments
Read more 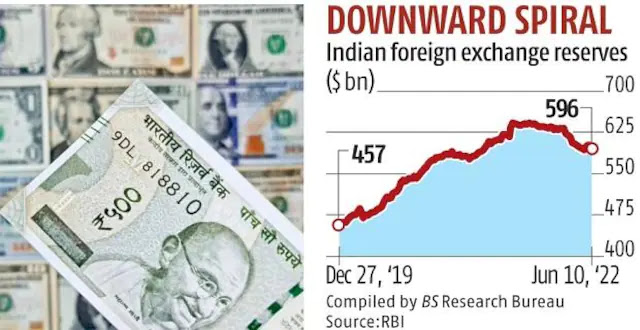 India's foreign exchange reserves are falling rapidly as foreign investors flee and the country's trade and current account deficits widen. More than $267 billion worth of India's external debt of the total $621 billion is due for repayment in the next nine months. This repayment is equivalent to about 44% of India's foreign exchange reserves. This combination of investors' exodus, widening twin deficits and short-term debt repayments has caused the Indian rupee to hit new lows. Unlike China and other nations that have accumulated large reserves by running trade surpluses, India runs perennial trade and current account deficits. The top contributor to India's forex reserves is debt which accounts for 48%. Portfolio equity investments known as “hot” money or speculative money flows account for 23% of India's forex reserves, according to an analysis published by  The Hindu BusinessLine .  India's Declining Forex Reserves. Source: Business Standard Investo
32 comments
Read more 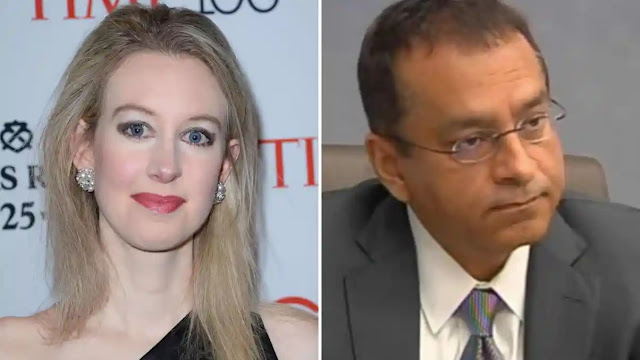 In yet another blow to Silicon Valley's "fake it till you make it" mantra, a federal jury has convicted former Theranos executive Ramesh "Sunny" Balwani on all 12 counts of fraud. Balwani was born in 1965 in Pakistan to a Sindhi Hindu family.  He attended Aitchison College, an elite prep school in Lahore that is also the alma mater of former Prime Minister Imran Khan of Pakistan. His family emigrated to India in 1984 and then to the United States in 1987. He studied at the University of Texas at Austin and University of California at Berkeley. His one-time girlfriend and partner Elizabeth Holmes, the founder of Theranos, was convicted on similar charges earlier this year. Both face up to 20 years in prison.  Elizabeth Holmes (L) and Sunny Balwani of Theranos "Fake it till you make it" is a well-known phrase in  Silicon Valley . It means to consciously cultivate an attitude, feeling, or perception of competence that you don't currently have by prete
5 comments
Read more 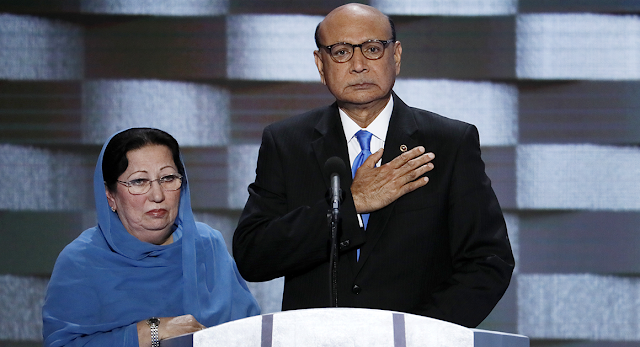 Khizr Khan, a  Pakistani-American lawyer , is on President Joseph R. Biden's list of recipients of the Presidential Medal of Freedom, the highest civilian award given by the President of the United States. Khan is among 17 Americans on the list that also includes late Senator John McCaine and late Steve Jobs. "These seventeen Americans demonstrate the power of possibilities and embody the soul of the nation – hard work, perseverance, and faith," the White House said further. Last year, Khizr Khan was  appointed  by Biden as an independent commissioner to the United States Commission on International Religious Freedom (USCIRF).  Khizr and Ghazala Khan "They have overcome significant obstacles to achieve impressive accomplishments in the arts and sciences, dedicated their lives to advocating for the most vulnerable among us, and acted with bravery to drive change in their communities — and across the world — while blazing trails for generations to come".  Khizr Kh
Post a Comment
Read more
More posts