Showing posts from May, 2012
Show all

As of 2010, there are 380 out of every 1000 Pakistanis age 15 and above who have never had any formal schooling. Of the remaining 620 who enrolled in school, 22 dropped out before finishing primary school, and the remaining 598 completed it. There are 401 out of every 1000 Pakistanis who made it to secondary school. 290 completed secondary school  while 111 dropped out. Only 55 made it to college out of which 39 graduated with a degree. Source: Barro & Lee The preceding assessment is based on an interpretation offered by  Indian blogger Siddarth Vij  of Barro-Lee data in response to my earlier blog post titled  Pakistan Ahead of India in Graduation at All Levels .   Robert Barro and Jong-Wha Lee  are Harvard University researchers whose data on educational attainment is used by UNDP and the World Bank.  Here's how Vij read Barro-Lee dataset for India: " 327 out of every 1000 Indians above the age of 15 have never had any formal schooling. Of the remaining 673, only 20 drop
23 comments
Read more 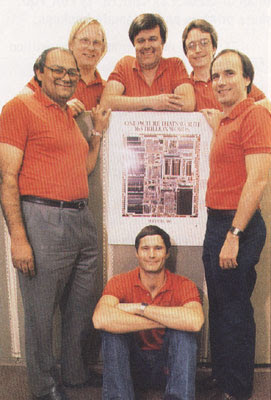 The U.S. Census Bureau  has recently reported that the United States has reached a historic tipping point -- with Latino, Asian, mixed race and African American births constituting a majority of births for the first time. Minorities made up about 2 million, or 50.4%, of the births in the 12-month period ending July 2011. The latest figure was up from 49.5% reported in the 2010 census. 80386 CPU Design Team Standing L to R: Riaz Haq, Jan Prak, Gene Hill, Pat Gelsinger, John Crawford Sitting in Front: Dave Vannier I  have personally witnessed Silicon Valley's racial mix change dramatically over the last several decades. When I arrived here to join Intel in 1981, there were few non-whites in the Valley. In fact, I was the only nonwhite person in a picture of the six-member award winning Intel 80386 CPU design team which was published by the PC Magazine in 1988. My experience of the demographic changes in this high-tech valley is not just anecdotal. It's supported
3 comments
Read more 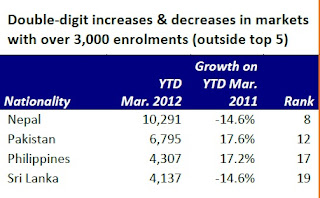 While the overall foreign student population in Australia has declined this year, the number of Pakistanis studying in Australia is continuing double-digit growth, according to recent  Australian government data  on international education. Pakistan has now become the top growth market for Australia's struggling international education industry, even though revenue from its neighbor India fell almost $1 billion in a single year, according to  The Australian newspaper . New Australian Bureau of Statistics figures reveal that Australia's fourth-biggest export industry is turning to new markets to counter a $2.2bn loss of revenue last year. Australia's earnings from the top 12 foreign markets all fell last year, topped by India, which slumped by 37 per cent, but Pakistan bucked the trend, with revenue rising 15 per cent to $253 million. Australian international education revenue from Pakistan has been rising, more than tripling over the past five years. Earnings from t
20 comments
Read more 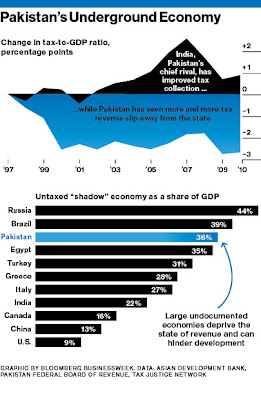 Gallup 2012 Wellbeing survey reports that 20% of Pakistanis say they are "thriving", down from 32% last year . However, the report shows that more of them are still better off than their neighbors in Bangladesh (16% thriving) and India (11% thriving). The number of those "thriving" increased in Bangladesh by 3% and declined in India by 6%.  The fact that the number of Pakistanis who consider themselves thriving is down from 1 in 3 last year to 1 in 5 now is understandable because of  many serious and worsening crises Pakistan  is facing today. The real question is who are these 20%? And why do they say they are thriving? Here are some of the possible reasons: 1. Rising consumption of durables (cars, motorcycles, tractors, Appliances) and non-durables (FMCGs or fast-moving consumer goods) as well as increasing cement sales are indicative of the underlying strength of the economy. 2. Pakistan's undocumented economy is continuing to thrive as seen in pa
6 comments
Read more

Elliot Wave theorist Mark Galasiewski is forecasting continuation of multi-year bull market in Pakistan. This forecasts marks an unusual agreement of  a technical analyst with fundamental research done by  Jim O'Neill of Goldman Sachs who recently  reiterated Pakistan's place on its growth map .    The Elliott Wave Theory , formulated in 1939 by Ralph Nelson Elliot,  is the basis of technical analysis that some traders use to analyze financial market cycles and forecast market trends by identifying extremes in investor psychology, highs and lows in prices, and other collective factors. Here are some excepts of a recent interview of Elliot Theorist Mark Galasiewski on what he calls the "Indian Ocean Renaissance": ".... there are various ways to make long-term investment decisions. For example, Warren Buffett has shown that picking individual stocks can provide good returns over time. But it's a very labor-intensive and time-consuming process, to r
17 comments
Read more
More posts