Showing posts from July, 2009
Show all

India to Spend More on Military 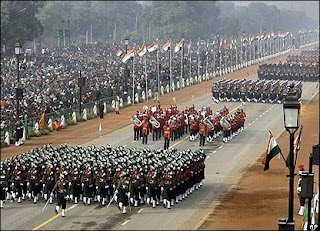 India is planning to raise its military budget by 50% to almost $40 billion, making military expenditure 3% of the annual gross domestic product (GDP), the Indian defense minister said. "Our current defense spending is lower than 2% [of GDP]...and it should be at least 3%," A. K. Antony said at a meeting with top military commanders on Tuesday, without specifying a time-frame. India raised its defense spending in February by 10% to $26.5 billion for the fiscal year 2008-2009, but it still fell below 2% of GDP for the first time in at least a decade. India's neighbors and long-term rivals, Pakistan and China, allocate around 3.5% and 4.3% of GDP to defense, respectively. The minister said top priority must be given to the modernization of the Indian Armed Forces and half of the defense budget should be allocated for the purchase of new military equipment. Currently two-thirds of India's budget is allocated for military, paramilitary, police, various security force
7 comments
Read more 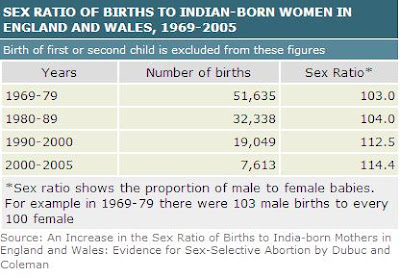 The land of former Prime Minister Mrs. Indira Gandhi is killing its daughters by the millions. Economically resurgent India is witnessing a rapid unfolding of a female genocide in the making across all castes and classes, including the upper caste rich and the educated. The situation is particularly alarming among upper-caste Hindus in some of the urban areas of Punjab, Rajasthan, Haryana, Himachal Pradesh and Madhya Pradesh, specially in parts of Punjab, where there are only 300 girls for every 1,000 boys, according to Laura Turquet, ActionAid 's women's rights policy official. ActionAid collaborated with Canada's International Development Research Center (IDRC) to conduct research and produced a report called "Disappearing Daughters" . The report cites findings from sites across five states in north and northwest India reveal that the sex ratio of girls to boys has not only worsened but is accelerating compared to the last national census in 2001. One of the
11 comments
Read more

Chinese Fireworks Light Up US Skies on July 4th

The Chinese technology will be on full display in the United States as America celebrates its Independence Day today. As the world's factory , China's fireworks industry provides 98 percent of America's overall needs, and 80 percent of the pyrotechnics needed for professional displays. Liu Donghui, the secretary-general of China-based International Fireworks Association, told the USA Today that Liuyang's factories alone produced $1 billion worth of fireworks last year, some $430 million of it to meet overseas orders. Chinese fireworks business literally booms every 4th of July as millions of pounds of explosives soar as high as a thousand feet in America's skies, creating beautiful patterns of red, white, blue and other colors. The U.S. has celebrated its Independence Day with increasingly spectacular fireworks since the first celebration in 1776 when John Adams ordered that July 4 should be marked with “illuminations from one end of this continent to the other f
Post a Comment
Read more
More posts