Showing posts from February, 2011
Show all

February 27, 2011
Much is being written about the potential for the spread of political upheaval that started in Tunisia and recently led to the end of the 30 years rule of the Egyptian dictator Hosni Mubarak. Most of the commentary and punditry has so far been focused on potential political instability forced by possibly massive street protests. Political fall-out from the events in Tunisia and Egypt has already engulfed the Middle Eastern nations of Bahrain, Libya and Yemen. However, little attention has so far been paid to the more immediate impact of spreading trouble in the oil-rich Middle East on developing nations in South Asia and elsewhere. Crude oil prices have been rising for some time but the fears of the spread of the political unrest have accelerated the rate of increase. The price of crude has already crossed the crucial $100 a barrel mark with the Libyan crisis in full bloom. South Asian economies are keeping a close eye on the situation in Africa and Middle East but still remain una
7 comments
Read more 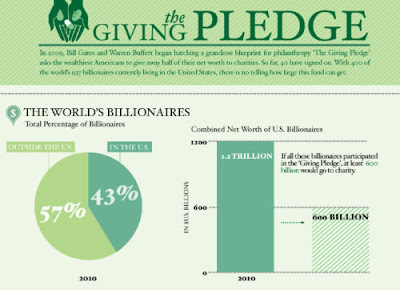 Indian billionaire Azim Premji and Pakistani billionaire Malik Riaz Husain have recently made news by their generous pledges to help their disadvantaged fellow South Asians. While Premji, the third richest among India's 50-odd billionaires, has announced $2 billion donation to improve public education, billionaire Malik Riaz has pledged 75% of his wealth to help Pakistan's flood victims rebuild . Prior to Premji's $2 billion pledge , the biggest philanthropist in India was Bill Gates, an American, whose foundation is contributing $1.6 billion to help India's poor. Beyond these high-profile pledges, the state of philanthropy in South Asia, especially in India, is not particularly healthy. Charity contributions in India make up only 0.6% of GDP, significantly lagging behind 2.2% in the United States, 1.3% in the UK, 1.2% in Canada, and 1% of GDP in Pakistan, according to data reported by Bain & Company , and Pakistan Center for Philanthropy . Pakistanis con
16 comments
Read more 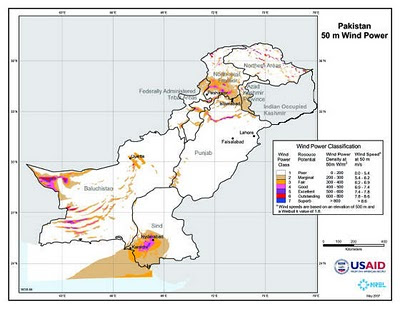 As part of its effort to tap renewable energy sources to solve its painful black-outs and brown-outs , Pakistan has recently launched several wind-farm projects expected to produce over 250 MW of power within the next two years. The Asian Development Bank has agreed to a loan to help fund the first privately owned and financed wind farm in Pakistan. The output from the plant will provide much-needed additional power for Pakistan , improve the country’s energy security, and lower reliance on fossil fuels. Zorlu Enerji Electrik Uretim, will use the $36.8 million loan to install wind turbines to increase the output of its wind farm – located in the southern Sindh province, 100 kilometers northeast of Pakistan’s commercial hub of Karachi – from the current 6 megawatts to a total of 56.4 megawatts. The existing 6 megawatt wind farm project is currently selling power to the Hyderabad Electric Supply Company. Once the second construction phase is complete – expected in 2012 – the 56.4 meg
25 comments
Read more 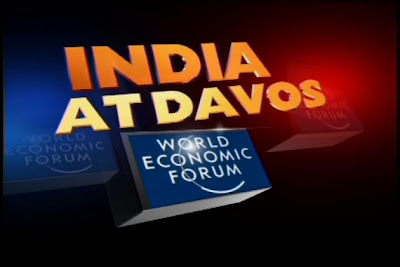 Brand India has lost its luster at Davos in 2011! Poor governance and corruption are endemic in India, and have been the talk of the town at Davos this year, tarnishing the meticulously crafted image of "Shining India" at the World Economic Forum since 2006. The immediate effect is that that India's foreign direct investment (FDI) is already down by a whopping 36% in 2010 from 2009 , and there is no recovery in sight yet. Meanwhile India's current account deficit is exploding, accounting for about 3.5% of GDP. In 2006, the "India Everywhere" campaign orchestrated by Indian planning commission officials and the Confederation of Indian Industry (CII) dominated the ambiance of the World Economic Forum at Davos, Switzerland. They spent two years and more than $4 million and put together an elaborate marketing and PR campaign to ensure that the "India story" got prominent play and did not get drowned in the noise at Davos. The success of the ini
30 comments
Read more
More posts