Showing posts from September, 2015
Show all

"The 21st century belongs to India', declared Indian Prime Minister Narendra Modi to thousands of his adoring fans at SAP Center in San Jose, California. As he spoke inside the Arena, protestors carrying anti-Modi posters condemned the presence in Silicon Valley of the person they choose to describe as the "Butcher of Gujarat". My Invitation and Ticket: I had received an invitation and a ticket to attend Prime Minister Modi's reception at SAP Center. I thought about attending it long and hard. I was really conflicted about attending and, in the end, I chose not to. Modi's Soaring Rhetoric: As Prime Minister Modi wowed almost exclusively Indian-American techie audience in Silicon Valley, there were many who compared his rhetoric to US President Barack Obama's 2008 soaring speeches promising "Change" in America which, for many, have led to a huge letdown in the last 6 years. Modi led his audience with chants of "Bharat Mata
41 comments
Read more 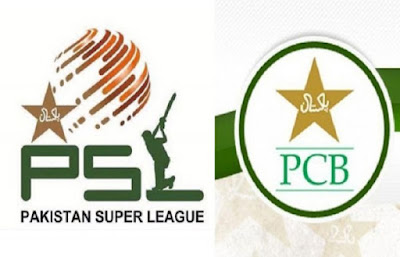 Pakistan will soon be starting its first professional sports league along the lines of for-profit sports leagues like Major League Baseball (MLB) or  National Football League (NFL)  in the United States.  India's  IPL (Indian Premier League)  was the first such league in the cricket world. It was started by India's Lalit Modi who studied professional sports business at Duke University in Durham, North Carolina. Several other countries, including Australia, Bangladesh, England, Sri Lanka, South Africa and the Caribbean nations (West Indies), followed suit with their own versions of premier league. Pakistan is the latest country to join this movement with its own league called PSL or Pakistan Super League. Pakistan is the 2nd largest cricket market after India in terms of viewership. It's the 4th largest market after India, England and Australia in revenue terms. The launch of Pakistan Super League (PSL) will help significantly increase cricketing revenue and put Pa
9 comments
Read more

Pakistani power regulators have approved a regulatory framework for  solar  and  wind energy  for both commercial and residential installations. The framework includes  feed-in tariffs  for commercial power producers and net metering for  residential  applications of up to 1 MW. Under the new  Net Metering Law , NEPRA, the Pakistani power regulator, will grant power generation licenses to solar and wind system owners. The owners will need to register the critical equipment used, particularly the make and model of inverter and generator used. Among other technical considerations, the generator must also install a manual disconnect device to take the system off the network if necessary, according to details published by  PV Tech publication . Source: PV-Tech Net metering is a billing mechanism that pays solar energy system owners for the electricity they add to the grid. It allows a residential customers with rooftop solar panels to generate more electricity than the home use
15 comments
Read more
More posts