Showing posts from 2013
Show all

Could Pakistan Have Become a Prosperous Democracy Like Asian Tigers By Now?

Taiwan, Singapore and South Korea  experienced a dramatic rise under authoritarian regimes from 1960s through 1990s. The dictators who led these states also showed the way to fellow Asian dictators in Indonesia, Malaysia, Thailand and China who also industrialized and prospered using the same formula that rejected the Washington Consensus of democracy and free markets as the basis for development of all nations.

The Asian Tigers have managed their massive growth mainly through export-driven economies that catered to the industrialized West. Each of them has built huge trade surpluses to fund their growth. These countries have invested in  improving education and training to build significant human capital in a couple of decades.

The improved productivity of the workforce, coupled with relatively low wages in Asia's developing economies, have resulted in enormous foreign investments. The large amount of foreign capital has allowed for massive growth. Their …
8 comments
Read more

Pakistan Steps Up IT Projects Roll-Out in Public Sector 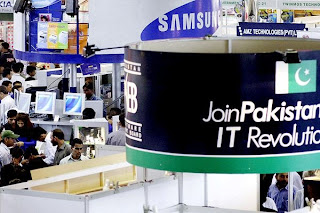 IT projects ranging from automated meter reading and computerized land records management to online education and mobile banking are now at various stages of implementation across Pakistan.  In a report released today, the World Bank calls these projects "unprecedented in the public sector in developing countries". The objective of these efforts is to reduce corruption, increase productivity and improve service delivery in both private and public sectors. Here's a brief description of five key areas where information technology penetration is visible:

Automatic Meter Reading (AMR) project has been rolled out across the country with the help of United States Agency for International Development (USAID).  It is aimed at reducing power theft which accounts for 20-30% of all power generated in Pakistan. It will provide accurate electronic meter readings with little human intervention, using technology to transmit meter readings data via GSM/GPRS an…
26 comments
Read more 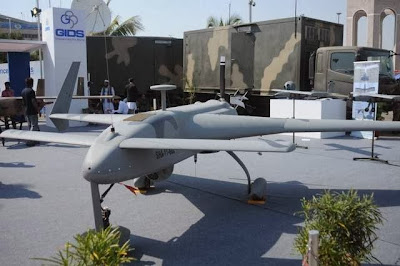 Drone is now a household word in Pakistan. It outrages many Pakistanis when used by Americans to hunt militants and launch missiles in FATA. At the same time, it inspires a young generation of students to study artificial intelligence at 60 engineering colleges and universities in Pakistan. It has given rise to robotics competitions at engineering universities like National University of Science and Technology (NUST) and my alma mater NED Engineering University. Continuing reports of new civilian uses of drone technology are adding to the growing interest of Pakistanis in robotics. 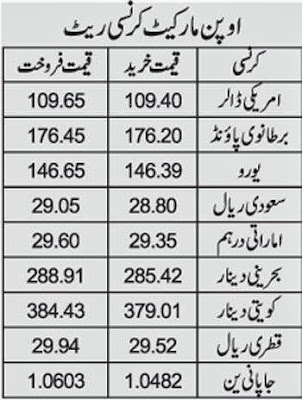 Pakistani rupee has sharply declined to 109.50 rupees to a US dollar, a loss of nearly 10% of its value in just a few months since Mr. Nawaz Sharif was sworn in as Prime Minister in June, 2013. At the same time, the foreign exchange reserves have plunged to $3.463 billion, a 12-year low since November 2001 when country had foreign reserves of $3.5 billion.

The drop in rupee and foreign exchange reserves is happening in spite of the fact that remittances from overseas Pakistanis are setting new record highs and IMF bailout funds are also being disbursed.

Overseas Pakistanis have sent home over $55 billion since 2008-9. Last fiscal year alone, expatriates remitted about $14 billion. Additional $ 5.3 billion in remittances have flowed in the first four months (July-October) of the current fiscal year 2013-14, a increase of 6.27 percent over the same period last year.

Remembering JFK on 50th Anniversary of Assassination in Dallas, Tx 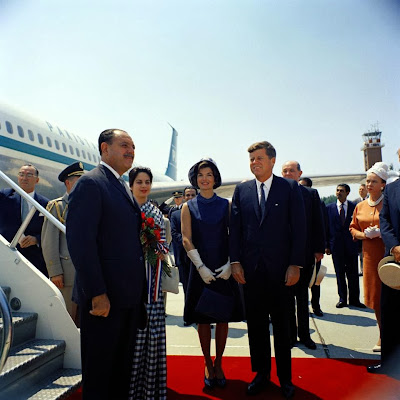 I was a little child growing up in Karachi when the news of JFK's assassination was received with great shock and extreme sorrow in Pakistan. That was 50 years ago today. Just a couple years earlier in 1961, Pakistan's President Mohammad Ayub Khan had  made a successful state visit to the United States. He was warmly received at Andrews Air Force Base near Washington DC by US President John F. Kennedy and First Lady Mrs. Jacqueline Kennedy.  I saw the pictures of President Ayub Khan meeting with the US President John F. Kennedy as did other Pakistanis. There were also many photographs of young JFK and his beautiful family splashed across the front pages of major Pakistani newspapers during and after the visit. The sudden loss of the young American president in 1963 was deeply felt as Pakistanis viewed images of his beautiful young widow and two little children mourning for their loved one at his funeral.

US Finds India's IT Software and Services Exports Wildly Exaggerated

A 2005 study by US General Accounting Office (GAO) found that Indian government's figures for software and technology exports to the United States were 20 times higher than the US figures for import of the same from India.

Livestock revolution enabled Pakistan to significantly raise agriculture productivity and rural incomes in 1980s. Economic activity in dairy, meat and poultry sectors now accounts for just over 50% of the nation's total agricultural output. The result is that per capita value added to agriculture in Pakistan is almost twice as much as that in Bangladesh and India.

Adding value is the process of changing or transforming a product from its original state to a more valuable state, according to Professor Mike Boland of Kansas State University. The professor explains how it applies to agriculture as follows:

"Many raw commodities have intrinsic value in their original state. For example, field corn grown, harvested and stored on a farm and then fed to livestock on that farm has value. In fact, value usually is added by feeding it to an animal, which transforms the corn into animal protein or meat. The value of a changed product is added value, such as processing wheat into flour. I…
22 comments
Read more 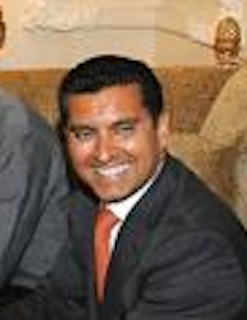 Suhail Rizvi's 15.6% stake in Twitter was worth $3.8 billion at the end of trading on Thursday when the social media company went public on the New York Stock Exchange.

Suhail Rizvi was born in India and graduated from the University of Pennsylvania's Wharton Business School. He started and sold a telecom company soon after, and with the proceeds financed the buy-out of an electronic manufacturing business of a Puerto Rico phone company whose annual revenue he boosted from $10 million to $450 million by focusing on higher end products, according to Times of India.

Suhail Rizvi moved with his parents to the United States in 1971 when he was only five. His father Raza Rizvi taught psychology at Ellsworth Community College in Iowa Falls, Iowa, where Suhail and his brother Ashraf, who is a hedge fund manager, went to school. 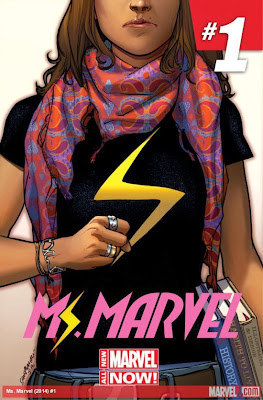 The new Ms. Marvel’s real name is Kamala Khan, a 16-year-old Muslim Pakistani-American girl from Jersey City, New Jersey. “Kamala has all of her opportunities in front her and she is loaded with potential, but her parents’ high expectations come with tons of pressure,” says Marvel's press release. “When Kamala suddenly gets powers that give her the opportunity to be just like her idol, Captain Marvel, it challenges the very core of her conservative values.”

Kamala Khan as Ms. Marvel is the first comic book character from Marvel Entertainment who is both female and Muslim. It is part of the American comic giant's efforts to reflect a growing diversity among its readers.

The new Ms. Marvel series is mainly the work of two women: G. Willow Wilson, a convert to Islam who created the character, and Sana Amanat who edits it.

Here's how Wilson describes the main character of the comic: "Islam is both an essential part of her identity and something she struggles mightily …
9 comments
Read more 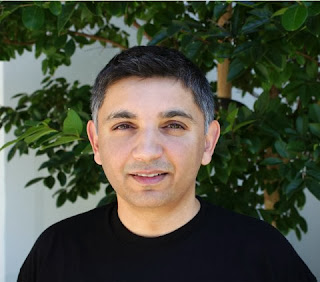 Osman Rashid is the son of  a Pakistani diplomat. He was born in London and raised in Islamabad. He came to the United States from Pakistan in 1990s to study electrical engineering at University of Minnesota and earned a BSEE there.

Rashid is a serial entrepreneur who has founded four companies so far. He left Chegg in 2010 to start his current gig as CEO at Kno which he also founded along with fellow Pakistani-American Babur Habib. Habib has a BSEE from University of Minnesota, MS from Stanford and Ph.D. from Princeton. He serves as CTO at Kno. The Silicon Valley based compan…
4 comments
Read more 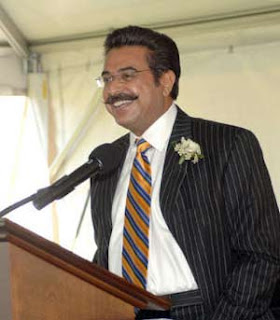 Born in Pakistani city of Lahore, 63 year old Shahid Khan is a mechanical engineer and a self-made billionaire who built his fortune as a top supplier of bumpers to the auto industry. Khan made history in 2011 by becoming the first non-white owner of a National Football League team when he bought Jacksonville Jaguars. Recently, he acquired an English soccer team Fullham for $300 million.