Showing posts from November, 2014
Show all

Source: US Government's Bureau of Economic Affairs  A GAO study showed that U.S. data on offshoring of services to India are more than 20 times smaller than India’s data. What’s the story? The GAO study showed that U.S. imports from India of business, professional, and technical (BPT) services as published by BEA are substantially lower than India’s data on exports of BPT services to the U.S. (chart 1, left panel). 1  However, when adjusted to a similar conceptual basis using information from the GAO report, the difference is actually quite small (chart 1, center panel). The large gap between the U.S. and Indian data mainly reflects differences in how BEA and India define BPT services. BEA data are consistent with international standards for balance of payments accounting; India’s data, which are based on data from an Indian trade association, do not conform to international standards.    In fact, a 2005 study published by the Reserve Bank of India (RBI) showed that comput
4 comments
Read more 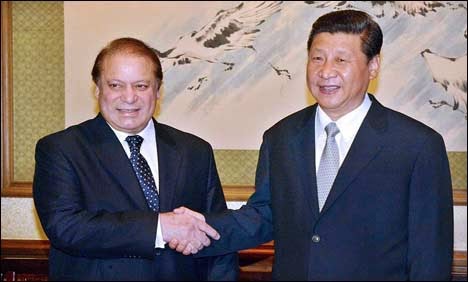 China's state-owed banks will finance Chinese companies to fund, build and operate $45.6 billion worth of energy and infrastructure projects in Pakistan over the next six years, according to  Reuters . Major Chinese companies investing in Pakistan's energy sector will include China's Three Gorges Corp which built the world's biggest hydro power project, and China Power International Development Ltd. Prime Minister Nawaz Sharif and President Xi Jinping Under the agreement signed by Chinese and Pakistani leaders at a Beijing summit recently, $15.5 billion worth of coal , wind, solar and hydro energy projects will come online by 2017 and add 10,400 megawatts of energy to the national grid.  An additional 6,120 megawatts will be added to the national grid at a cost of $18.2 billion by 2021. Total Foreign Direct Investment Source:  World Development Indicators  Starting in 2015, the Chinese companies will invest an average of over $7 billion a year until
13 comments
Read more
More posts