Showing posts from October, 2020
Show all

Pakistan's Exports Surging At The Fastest Rate in South Asia 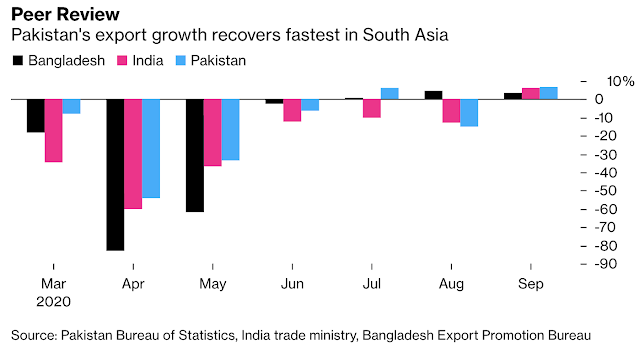 With several major brands moving production to Pakistan amid the COVID19 pandemic, the country's exports have grown at a faster pace than those of Bangladesh and India, according to  Bloomberg News . Pakistan's total textile shipments rose 7% in September, compared with India’s 6% and  Bangladesh’s 3.5%.  South Asia Region's Exports. Source: Bloomberg “Pakistan has seen orders shifting from multiple nations including China , India and Bangladesh ,” said Shahid Sattar, secretary general at the All Pakistan Textile Mills Association, in an interview with Bloomberg's Faseeh Mangi. “Garment manufacturers are operating near maximum capacity and many can’t take any orders for the next six months.” Pakistan's Textiles Growth. Source: Bloomberg Bloomberg attributed Pakistan's export surge to Prime Minister Imran Khan’s administration  to be the first in South Asia  to ease the COVID19 lockdown after controlling the spread of the disease. It helped draw companies like
19 comments
Read more 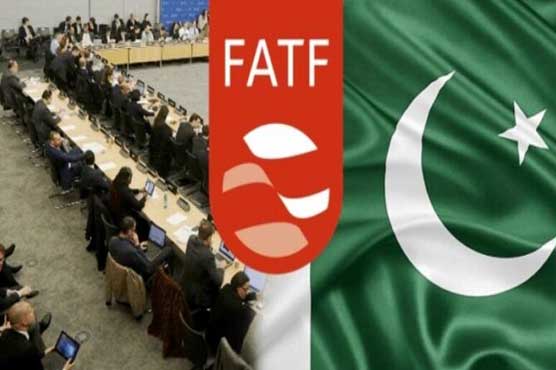 Convicted money launderer Altaf Khanani and his patrons among Pakistani politicians appear to have brought FATF's attention to Pakistan when the country was first put on its grey list back in 2012. A new national financial crimes bill was introduced by the ruling Pakistan People's Party which was so full of holes that a senior FIA official complained publicly it was "drafted by a money-launderer".  Khanani is believed to have moved over $12 billion a year of dirty money through Pakistani banking system. Altaf Khanani's 2015 conviction on money laundering charges by a US court and recent  FinCEN files  confirm that Khanani was a big time international criminal. Khanani has recently been released after serving a 5 year sentence in a US jail. His current whereabouts are unknown.  Pakistan was removed from FATF grey list in 2015 but it was back on it again in 2018.  Pakistan on FATF Grey List Who is Altaf Khanani? Altaf Khanani is a member of Karachi's memon busin
15 comments
Read more

Per capita milk consumption in Pakistan reached 231 liters (231 Kg) in 2019, according to a new  research report  entitled ‘Asia – Whole Fresh Milk – Market Analysis, Forecast, Size, Trends and Insights’. It has almost doubled from  119 liters per person  in 2011. Milk production in Pakistan is the second highest in Asia and the third highest in the world.  Per capita milk consumption of 231 kg in Pakistan is the third highest in Asia, behind Uzbekistan's 339 Kg and Turkey's 281 Kg, according to the  IndexBox report .  Top Milk Producing Countries. Source: FAO Milk Production: Pakistan produced 47 million tons of milk in 2019, the third largest in the world after top-ranked India's 198 million tons and the United States' 100 million tons. Pakistan’s milk production is projected to increase by an average of 3% a year due to an increase in the herd population. According to FAO projections, Asian production is expected to increase by 2% in 2020 due to expected growth in I
14 comments
Read more 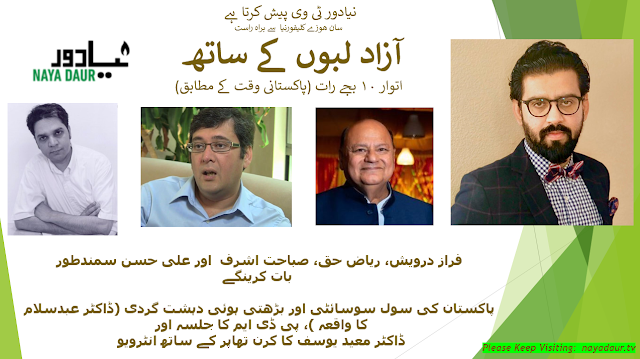 Former Prime Minister Mr. Nawaz Sharif has alleged that the Pakistan Army Chief and the ISI leader orchestrated his conviction on corruption charges and his subsequent ouster. In a clear departure from prior allegations against "the establishment", Mr. Sharif has named names of the chiefs of the Army and the ISI in his anti-military address over the telephone from London to a joint opposition rally in Gujranwala. Where does he go from here? Is he following in the footsteps of MQM founder Altaf Husain? Has Sharif given up on any hope of returning to claim power in Pakistan? Is the end of his political career for all practical purposes?  Pakistan's two major political parties PMLN and PPP have joined Pakistan Democratic Movement (PDM) as the joint opposition movement under Maulana Fazlur Rehman go from here. In a show of strength, PDM has held two big political parties in Gujranwala and Karachi. Their objective is to force Prime Minister Imran Khan's resignation, follow
16 comments
Read more

Ex Treasury Sec Summers: US Would Have Saved $10 Trillion If We Handled COVID Pandemic Like Pakistan

Speaking with Fareed Zakaria on US cable news network CNN, former US Secretary of the Treasury Lawrence Summers told Zakaria's audience that "if the US had handled the pandemic as well as Pakistan,  we would have saved around $10 trillion ".  Ex US Treasury Secretary Larry Summers Praised Pakistan on CNN After similar praise of Pakistan's handling of coronavirus by Bill Gates on CNN GPS show, this was yet another rebuke of Fareed Zakaria who never misses any opportunity to disparage Pakistan. It reminds us all  how wrong headed is his earlier statement that Pakistan "has done almost nothing as far as I can tell, you know, infections are not going crazy, death rates are not going crazy, there may be some underreporting" Below I am reproducing a post I wrote on this subject on August 12, 2020:  Interviewing Bill Gates on global fight against COVID19,  CNN GPS  host Fareed Zakaria said on Sunday August 9 that Pakistan "has done almost nothing as far as I c
3 comments
Read more 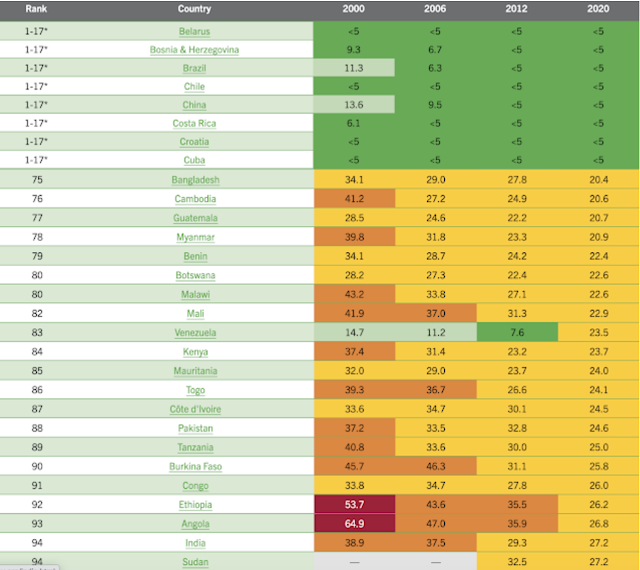 India ranks 94th among 107 nations ranked by World Hunger Index in 2020. Other South Asian have fared better: Pakistan (88), Nepal (73), Bangladesh (75), Sri Lanka (64) and Myanmar (78) – and only Afghanistan has fared worse at 99th place. The  COVID19 pandemic  has worsened India's hunger and malnutrition. Tens of thousands of Indian children were forced to go to sleep on an empty stomach as the daily wage workers lost their livelihood and Prime Minister Narendra Modi imposed one of the strictest lockdowns in the  South Asian nation .  Pakistan's Prime Minister Imran Khan  opted for "smart lockdown" that reduced the impact on daily wage earners. China, the place where COVID19 virus first emerged, is among 17 countries with the lowest level of hunger.  World Hunger Rankings 2020. Source: World Hunger Index Report India Among Worst Hit:  India has 17.3% child wasting rate, the worst in South Asia region. Child stunting is also extremely high across South Asia. “Data fr
25 comments
Read more 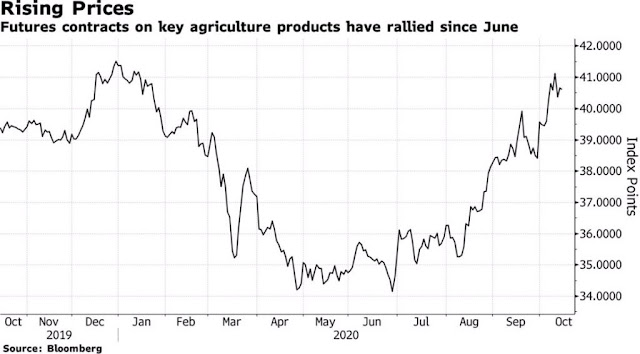 Global food prices are soaring by double digits amid the  coronavirus pandemic , according to Bloomberg News. Bloomberg Agriculture Subindex, a measure of key farm goods futures contracts, is up almost 20% since June. It may in part be driven by  speculators in the commodities markets . These rapid price rises are hitting the people in Pakistan and the rest of the world hard.  In spite of these hikes, Pakistan remains among the least expensive places for food, according recent studies. It is important for Pakistan's federal and provincial governments to rise up to the challenge and relieve the pain inflicted on the average Pakistani consumer.   Global Agricultural Futures Contracts. Source: Bloomberg Global Food Prices: Global food prices are increasing at least partly due to several nations buying basic food commodities to boost their strategic reserves in the midst of the pandemic.  A Bloomberg News report says that "agricultural commodity buyers from Cairo to Islamabad have
7 comments
Read more 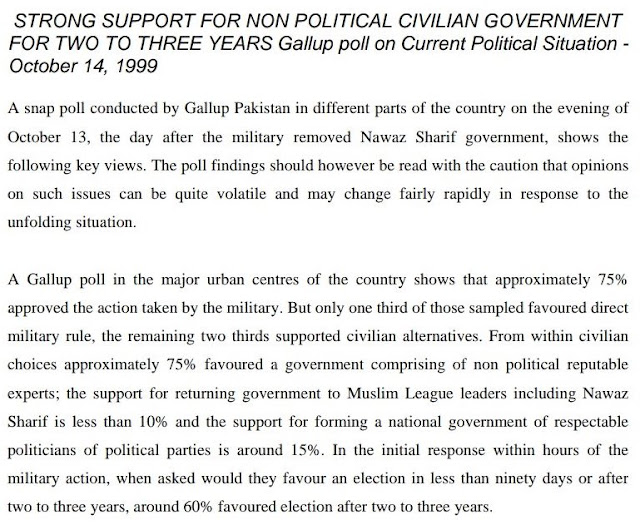