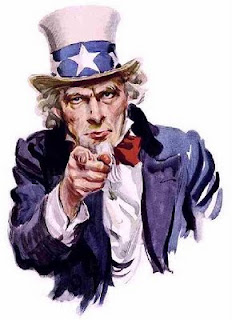 The US Treasury Secretary Henry Paulson announced the weekend seizure of Federal National Mortgage Association (Fannie Mae) and Federal Home Loan Mortgage Corporation (Freddie Mac). While some have criticized the US regulators' handling of the mortgage crisis, there is almost unanimous agreement that the bailout of the two mortgage giants was absolutely necessary to prevent a major, worldwide financial markets collapse. The cost of this bailout to the US taxpayers is estimated to be at least $200b. 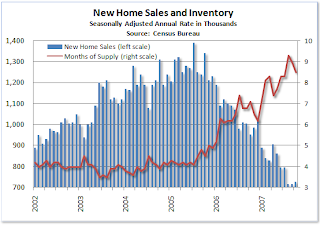 But why are they so important to the US and the world economy? To understand the answer, let us look at the role the US government has played in creating a large middle class and a highly productive economy that is still considered the engine of the world economic growth.

During the second world war, the US economy was essentially geared to mass production of military hardware to support the war effort. Consumer economy was starved of the resources and rationing of essential items was widespread. As the war ended and a large number US soldiers (GIs) started to return, the US Congress passed the GI bill which paid for their free education. At the same time, the US government used Federal Housing Administration (FHA) and Fannie Mae to offer home loans on easy terms to help the GIs purchase their first homes and start their families. With the availability of skilled labor and consumer demand from new homeowners, the US industry transformed itself from military production to consumer production to create a consumer boom.

Ever since the 1940s, the US policy makers have considered home ownership a cornerstone of US policy. Not only have the successive US governments supported the funds availability for home loans with the addition of Freddie Mac in 1970, but they have also continued tax deductibility of mortgage interest to promote home ownership. Growth in home ownership has helped Americans build equity, increased their net worth, and stimulated consumer demand to drive economic growth. Housing has become so important to the US economy that the monthly housing data is eagerly awaited by the policy makers, businesses and markets as a leading economic indicator.

In spite the recent mortgage problems and the current housing crisis, the US policy of promoting home ownership has been a great success. Along with the implementation of GI bill and various student loan programs, these policies have significantly expanded the US middle class and the US economy and created tremendous employment opportunities.

The strong US consumption has turned the US economy into the engine of worldwide growth and a major export market for countries in Europe and Asia. The recent explosive growth of emerging economies such as China and the Asian tigers would not have been possible without the insatiable consumer demand in the United States for their products.

Taking a leaf from the US housing policy to stimulate Pakistan's economy, former Prime Minister Shaukat Aziz encouraged borrowing by introducing low-rate mortgages in 2003. This initiative led to a construction boom and expanded housing for the growing middle class in Pakistan, contributing significantly to new jobs creation and rapid GDP growth.

In terms of Bhutto's Pakistan People's Party's promise of roti, kapra aur makan (food, clothing and housing), Fannie and Freddie have been largely responsible for makan (housing) in the richest and most powerful economy of the world that produces more than a quarter of the world's GDP. A genuine emphasis on makan (housing) and education by US policy makers has created lots of jobs and helped produce or buy a lot of roti and kapra (food and clothing) as well as electronics, TV sets, computers, cars, and other consumer goods and services.
Fannie Freddie Housing Mortgage United States

The government has decided to extend `Apna Ghar Housing Scheme’ to 10 more cities of Punjab and applications for registration form submission will be collected for these cities in January 2019.

This scheme has been extended to more cities of the country to fulfill housing needs of the poor segments of the society and the government will leave no stone unturned to achieve the task of constructing five million houses, the sources in the Housing Ministry told APP here on Tuesday.

The sources said that it has been decided to extend Apna Ghar Housing Scheme in 10 more major cities and forms will be collected in the first month of nest year. The cities being included in the next projects are Lahore, Multan, Rahim Yar Khan, Layyah, Bahawalpur, Vehari, Kasur, Sialkot, Jhelum and Gujranwala.

It is to mention that 5 million houses would be constructed under this scheme while first phase of the project was announced for seven cities which include Islamabad, Sukkar, Gilgit, Muzaffarabad, Quetta, Swat and Faisalabad.

Federal Housing Taskforce and the government of Punjab have completed the initial preparations for the project while registration forms of the scheme are available on website of NADRA while it can be obtained from District Housing Program Office from October 22, 2018 for the first phase.

The scheme’s pilot project in various cities is currently underway and people would be greatly benefitted from this scheme besides economic boom in the country, the sources maintained.
October 16, 2018 at 4:30 PM

Prime Minister Imran Khan has made another move to revive the coronavirus-hit economy with an initiative to promote the housing and construction sector with Rs330 billion of mortgage financing by the commercial banks in just 18 months.

The prime minister himself unveiled the plan for the revival of the construction sector after a maiden meeting of the newly formed National Coordination Committee on Housing and Construction on Friday.

Commenting on the government's initiative, a leading property developer and businessman Ejaz Gohar said that it was the first plan, which would make it affordable for the low and middle income people to build houses with mortgage financing of as low as 5 to 7% mark-up.

The commercial banks would allocate 5% of their portfolio amounting to Rs330 billion for the construction activities.

He noted that around Rs20 trillion was circulating in the informal unregistered economy and now was the opportunity for the people to get the huge amount of money declared by investing in the real estate sector by December 31, 2020.

Gohar observed that mortgage financing started in the United States 82 years back to kick-start its economy. The government will give a subsidy of Rs30 billion for the construction of houses.

The prime minister has planned to hold meetings of the housing coordination committee every week to remove hurdles that come in the way as the country is far behind in terms of home mortgage financing as compared to the developed world.

As Covid-19 had hit hard the global economy, Pakistan too suffered a great deal due to the pandemic with rise in unemployment and shutting down of businesses, the government's measures for the construction sector would be a much needed timely relief.

Many economically strong countries like China, the United Kingdom, Italy and Spain were forced to impose strict lockdowns spread over months to contain the cases of Covid-19. However, economically fragile countries like Pakistan were caught in a dilemma as the option of complete lockdown was a recipe for disaster, especially for the vulnerable section of the society which comprised a significant portion of the country’s population.

Prime Minister Imran Khan – known for his leadership qualities since his cricketing days – went for a policy of smart lockdown, balancing the need to halt the spread of coronavirus and keep different sectors of the economy functional simultaneously.

The strategy largely worked and the primary sectors of economy are now open with the number of coronavirus cases after hitting the peak are lowering on a daily basis.

In order to deal with the adverse effects of Covid-19, the government had announced a relief package worth Rs1.2 trillion on March 24.

Despite hurdles, Pakistan and China went ahead with the second phase of the mega project during the last two years. After undertaking of the infrastructure, road and energy projects across Pakistan in the first phase, the focus was shifted to the building of eight special economic zones and socioeconomic and human development with the Chinese financial assistance of $1 billion.