January 04, 2011
Walking into the local Fry's stores in Silicon Valley during Christmas shopping season, I was fascinated by the latest Xbox 360 demo complete with excited kids dancing in front of a big screen wth a 3D sensor mounted on top of it.

Upon closer examination, I learned that Microsoft Xbox 360 has acquired a few new game-changing tricks thanks to the use of the amazing 3D gensture recognition technology from Canesta, a company co-founded in 2002 by my Pakistani-American friend Nazim Kareemi in Silicon Valley. Cyrus Bamji, an Indian-American, and Abbas Rafii, an Iranian-American, are the other members of the Canesta founding team.

Just before Christmas 2010, Microsoft started shipping Kinect, a $150 add-on for its Xbox gaming consoles, which uses gesture recognition to allow people to play games with body motions instead of controllers. Players work through menus with hand gestures and then move to make their on-screen avatars run, jump, duck, swing and dance. In fact, Microsoft CEO Steve Ballmer liked the technology so much that he decided to buy Canesta. Canesta has already secured 44 patents in this area and has more pending. 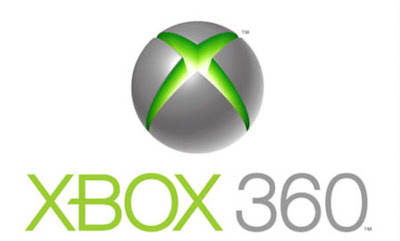 Microsoft and its partners are now in a position to revolutionize natural user interfaces for personal computers, televisions, cars, cellphones, cameras and other devices with gesture recognition capability acquired through Canesta's purchase. Other uses of the technology include enhancing automobile safety by detecting obstacles and recognizing the size and body shape of a person in a seat and adjust the way an air bag inflates.

While Nazim stands out as a serial high-tech entrepreneur with PenWare (1992), Canesta (1999) and Mixamo (2009) to his credit, there are thousands of other entrepreneurs and high-tech professionals of Pakistani origin who have made significant contributions in Silicon Valley and elsewhere in North America and Europe. Hundreds of them gather each summer at OPEN Forum organized by the Organization of Pakistani Entrepreneurs (OPEN) in Silicon Valley.

Fighting Poverty Through Microfinance in Pakistan

Riaz Haq said…
What Mistry presented was developed and commercialized by Canesta in 2002....that's why Microsoft bought the company last year and its Xobx 360 Kinect sales have zoomed making it #1 again.
March 8, 2011 at 11:37 PM

Riaz Haq said…
The Lahore-based Pepper.pk and Five Rivers Technologies made it to the number one spot across all categories on BlackBerry’s AppWorld on August 3 with their game Ninja Fruit Bash, developed for BlackBerry smartphones, according to a report in Express Tribune:

This was the third BlackBerry app developed by the local company to make it to number one on BlackBerry AppWorld.

Their other apps to reach number one include Photo Editor, an app that allows users to edit photographs from their hand-held devices, and LED Notifier, an app that blinks different colored LED for different contacts.

Mahe Zehra Husain, the Head of Operations and Product Management said “We are thrilled at this achievement. We already have two world number one utilities on BlackBerry AppWorld and adding a game to our family shows that not only can good code be developed for software utilities in Pakistan we can actually make amazing games as well!”

Ninja Fruit Bash follows the quest of a Ninja as he travels across China slicing tainted and poisoned fruit in order to save humanity.

The fruit is poisoned by the evil spirit of Orochi and is fatal if eaten. Orochi has turned fertile fruit gardens all over China into poisonous wasteland and our Ninja is on a mission – to return all the fruit gardens to their former glory.

There’s a growing trend of taking iOS successes and porting them over to BlackBerry. We believe the trend was started by Smarter-Apps and from a strictly business perspective it makes a lot of sense. Sure, you could spend a long time working on a risky app that may or may not be a success, or you could take something that obviously makes money on another platform and bring it to the 40 million or so BlackBerry users. Considering the huge success of this strategy, as proved by Angry Farm, it makes you realize that a lot of these iOS developers are listening to the analysts more than the users.

Ninja Fruit Bash is the latest in this strategy and they’ve taken the success of Fruit Ninja to BlackBerry users. The app isn’t 100% of the fun you get on the iOS version and there are some limitations on the BlackBerry side such as the fact that not all devices have OpenGL support for 3D graphics. Ninja Fruit Bash on the Torch was a pretty smooth experience and it’s definitely a good start. The company will have to work a little harder to bring more of the user experience and graphics to the game but as a start it’s awesome.