December 02, 2011
Asif Farooqui is making millions of dollars by turning thousands of tons of waste in Lahore into liquefied petroleum products and fertilizer for farmlands.

Words like "clean" and "green" are not usually associated with the streets of major South Asian cities, but Farooqui's Waste Busters, a successful waste management business, is slowly changing the image of the Pakistani city of Lahore, according to an Aljazeera report. 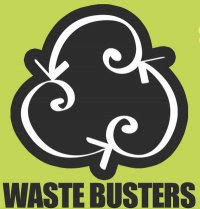 The business started modestly a few years ago with just six donkey carts and a few workers to collect the trash and manually process it. Today, it has 200 garbage collection vehicles, several waste management plants and employs over 3000 people. Its plants separate garbage in to organics, plastics and metals to produce LPG products, fertilizer, and recyclables for reprocessing and reuse. And it is being done profitably.

An example of reprocessing and reuse is a Lahore-based company called Green Earth Recycling which turns shopping bags and other plastic scrap into beautiful green "plastic wood" furniture.

Other cities and communities in Pakistan are looking at the Lahore example and working on duplicating it. Waste Buster has already won contracts in communities in Karachi, Quetta, Rawalpindi, Peshawar and other cities.

Like it not, western style consumption patterns are happening in Pakistan, and these require western style professional management of the environment. With the rapid growth of urban middle class and its rising consumption of packaged products bringing fast proliferation of FMCG brands and big box retailers in Pakistan, it is becoming absolutely essential to deal effectively with the increasing amounts of trash being produced in big cities. Waste Busters sets a good example of what needs to be done on a much bigger scale to keep Pakistan's cities clean, environmentally safe and livable.

National Industrial Parks (NIP) Development and Management Company has decided to establish a 25 megawatt (MW) power generation plant based on municipal and agro waste besides local coal or combination of these fuels for the electricity requirement of the industries at the Rachna Industrial Park on the main Lahore-Sheikhupura Road.

The Rachna Power Plant will be the first-ever power unit to be developed on the basis of waste as a source of energy. The plant’s primary fuel will be Refused Derive Fuel (RDF) prepared from a mixture of municipal solid wastes and agro wastes, while the coal would be used as a backup fuel.

The technology of an integrated recovery of recyclable materials and production of the refused derive fuel will be adopted for this power plant.

The concept of the modern waste to energy plant has been proposed for the Rachna Power Plant, which is very different from the old incinerators due to the technological progress of the last decade.

Chief Executive Officer Mohsin Syed at NIP meeting in which investors of the Rechna Industrial Park were also present said the municipal solid waste of Lahore and surrounding area and the agro wastes, which including rice husk, corn and wood waste of the adjoining areas would be collected and transported to recycle it into a real fuel that could be easily stored, transported and efficiently burned at the plant site within the premises of the Rachna Industrial Park.

He said the power generation complex was proposed to consist of one unit of 6 MW and two units of 11 MW each with total gross capacity of the 28 MW and the net capacity at site would be 25.5 MW to provide operational flexibility and reliability in case of shut down of one or more units.

The power generation facility would be located within the premises of the Rachna Industrial Park located at 7.5 kilometers (km) Lahore-Sheikhupura Road on the Upper Chenab Canal. The site is at the distance of 18 km from the

Lahore-Shekhupura Motorway Interchange, 24 km from the Lahore city centre and 40 km from the Allama Iqbal International Airport Lahore and an area of 10 acres has already been earmarked for the power generation complex at the Rachna Industrial Park, the NIP chief explained.

The aim of the Rachna power project is to reduce pollution, preserve the fossil fuel, reduce the greenhouse gases and protect the ozone layer by utilizing the wastes collected from the cities of Lahore, Sheikhupura and surrounding areas for power generation, he said. For environmental standpoint, the Rachna Power Plant will be highly desirable.

The project will be designed on the basis of zero discharge by installing an on-site evaporation pond and air emission from the plant would meet quality standards prevailing anywhere in the world. Emission will be much lower than the World Bank’s guidelines due to the use of Circulating Fluidised Bed combustion with lime dosing to neutralise any SO2 emission. Socially, the project will be providing job opportunities to the people of the area, he concluded.