April 30, 2017
Open Forum 2017, the annual conference of Pakistani entrepreneurs in Silicon Valley, drew over 1,000 attendees, about half of them women. It featured presentations by successful entrepreneurs including Ahmad Khaishgi of SquareTrade and Mudassir Sheikha of Careem as well as sessions by powerful venture capitalists like Aaref Hilaly of Sequoia Capital. It is organized by the Organization of Pakistan Entrepreneurs in Silicon Valley (OpenSV). In addition to entrepreneurs, the attendees were venture capitalists, bankers, accountants, lawyers and high-tech executives coming together at the Santa Clara Convention Center on Saturday, April 29, 2017.

A variety of topics raging from cloud computing and virtual reality to internet of things (IoT) and sharing economy were discussed in three parallel tracks at the conference. A session that drew special attention was titled "Pakistan's Thriving Startup Ecosystem" that featured Fahad Aziz, Khurram Jamali, Konstantinos Papamiltiadis and Ather Imran Nawaz.

I was drawn to two conference sessions in particular: cloud computing and internet of things (IoT). The choice was guided by my own interest in these topics. 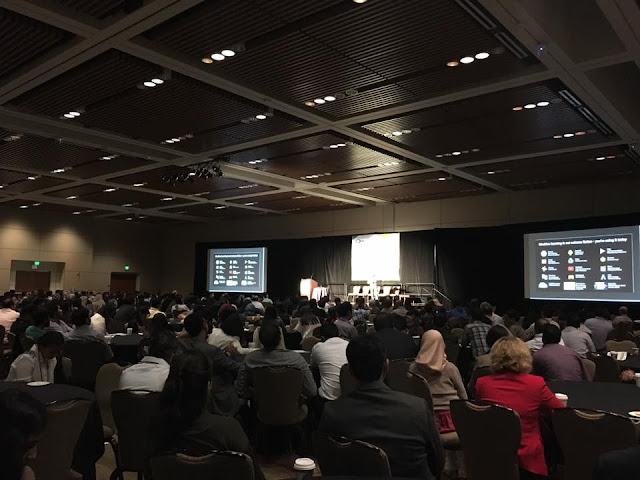 Tariq Shaukat, President of Google Cloud, was the featured speaker in this session.

What is cloud computing? The last few years have seen a major shift from to old client-server to the new cloud computing model in information technology. Companies are shunning their own in-house IT infrastructure in favor of renting services from data centers operated by cloud companies like Amazon, Google and Microsoft which also offer their proprietary application programming interfaces (APIs) and frameworks to support applications. 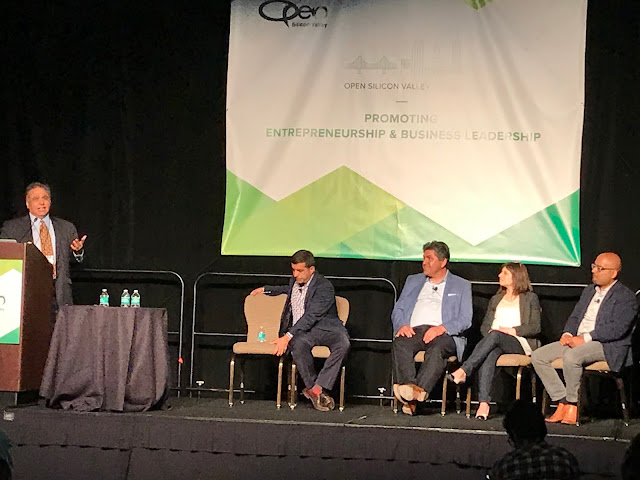 Answering  my question about portability of cloud applications, Tariq said they provide from apps written to Amazon Web Services (AWS) to Google Cloud. However, he said nothing about ease of porting apps from Google to other competing cloud offerings. Unfortunately, Tariq's presentation looked and sounded more like a sales pitch for Google Cloud than a discussion of cloud computing model itself.

How does it affect IT companies? Among the most affected  by cloud computing are the IT outsourcing companies, particularly India-based TCS and Infosys, that relied on back office work for their revenue. The ongoing shift to cloud is now hurting that business. 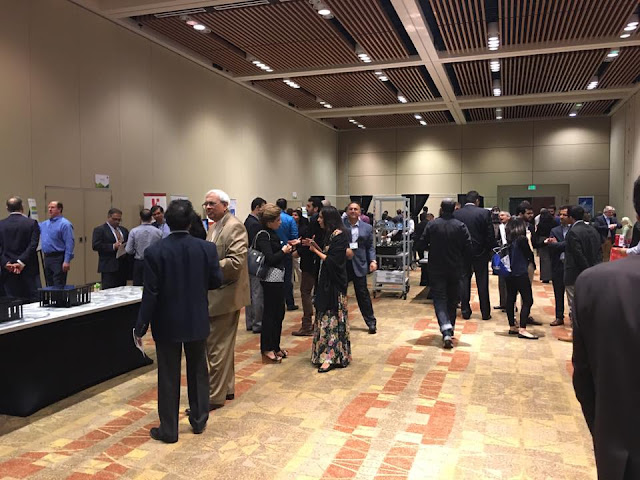 The growth of embedded computing chips in both industrial machines and consumer appliances combined with proliferation of networks are enabling the "Internet of Things" (IoT). Such networked machines collect operational and performance data from built-in sensors that can be analyzed and used to fine tune performance, schedule preventative maintenance, diagnose and fix problems (often remotely) and better manage them for the best results.  New revenue models can also be imagined by manufacturers based on the output and the outcomes of such systems.

An example of IoT I heard about recently is in the farm equipment business like tractors and harvesters. Before the advent of IoT and software, most American farmers repaired their own equipment. Now, they must call manufacturers like John Deere to fix it. And they need to sign long term service contracts guaranteeing additional revenue streams for the sellers.

Organization of Pakistani Entrepreneurs in Silicon Valley (OPEN SV), led by Ms. Amra Tareen,  put on yet another great conference this year that drew over a thousand attendees, about half of them women. It was attended by entrepreneurs, venture capitalists, bankers, accountants, lawyers and high-tech executives coming together at Santa Clara Convention Center on Saturday, April 29, 2017. It featured successful entrepreneurs including Ahmad Khaishgi of SquareTrade and Mudassir Sheikha of Careem as well as powerful venture capitalists such as Aaref Hilaly of Sequoia Capital.

Top two international medical journals, New England Journal of Medicine (NEJM) and The Lancet, were recently forced to retract two papers on COVID-19 due to obvious fraud committed by the coauthor Sapan Desai, Chicago-based Indian-American surgeon and businessman, whose analytics company Surgisphere claimed to have stored clinical data from thousands of patients of hundreds of hospitals as part of HydroxyChloroquine (HCQ) study. Dr. Amit Patel and Dr. Madeep Mehra, both of whom are American-Indians, claimed to be the lead authors of the papers published in The Lancet and NEJM. The drug was promoted by US President Trump as a way to treat COVID patients. The study claimed to have looked at data from 671 hospitals across six continents related to 96,000 patients. The authors claimed that 81,000 hospitalized patients were not given HCQ but 15,000 were given HCQ which has been widely used to treat malaria patients.

It all turned out to be fake. But it forced World Health Organization (WHO…
Read more