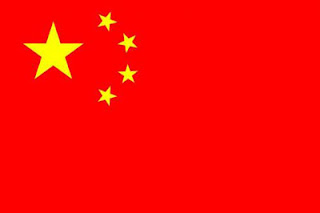 It is estimated that the continuing trade surpluses for years have helped China amass a whopping two trillion US dollars in dollar-denominated assets. Last year alone, China added US$450 billion to its reserves at a rate of over a billion dollars a day. About half of the Chinese US dollar-based assets are in the form of US treasury bonds that fund the ballooning US deficits.

Gao Xiqing, president of the China Investment Corporation, recently told James Fallows of the Atlantic Monthly, "Be nice to the countries that lend you money". Gao was clearly hinting at this new reality of " balance of financial terror" shifting in China's favor.

If history is any guide, the power of the lender over debtor nations is not just theoretical. The key moment when the world leadership passed from Britain to the United States came during the Suez crisis of the 1950s as a result of Britain's large WWII debt owed to the United States. When Britain, France and Israel invaded Egypt to take control of the Suez canal, the US President Eisenhower warned the British that unless they withdrew, he would order the sale of the United States' currency reserves of British Pounds and Sterling Bonds; thereby precipitating a collapse of the British currencies' exchange rate. Eisenhower in fact ordered his Secretary of the Treasury, George M. Humphrey to prepare to sell part of the US Government's Sterling Bond holdings. The British withdrew and ceded the control of the Canal to Egypt.

As the Obama administration pursues its goals of ensuring US national security, it has to grapple with the fact that economic strength must underpin its national security, as it has in the past. In fact, America rose to become a political and military superpower because of its rapid economic growth that made it the largest economy of the world after WWII.

Any strategy or plans that are enacted to restore economic health in America must take into account that ballooning deficits over a long period of time will imperil the US national security more than any international terrorist threats. Though there have not been any major terrorist attacks since 911, the Iraq war and the Wall Street collapse have in fact made US less secure in recent years. In Afghanistan, the Taliban have reasserted themselves and now control more than 70% of Afghan territory. Nobel-Laureate US economist believes that the eventual cost of the Iraq war alone will exceed $3 Trillion. America's Afghan war will continue to cost billions of dollars a year and there is no end in sight. In fact it is being escalated by Obama. And the multiple stimulus packages being passed by the US Congress will add several trillions of dollars to the national debt that exceeds $10 trillion already. While such a possibility appears remote, there is a constant worry about China exercising the nuclear option of massive selling of its dollar-denominate assets. Such a sale would have a devastating impact on the US currency and the US economy. Just the threat that the Chinese might not buy more US debt would send the US and European financial markets crashing in a hurry. The rest of the world will not be immune to its negative effects.

The rise of Chinese financial and economic power has significant implications for the US allies in Europe, Asia and the rest of the world. If China decides to throw its weight around, the power balance in South Asia could shift in favor of China's allies and hurt the United States and its allies politically, militarily and economically. It will represent a fundamental shift in international geopolitics.

While China has achieved great economic success, it still has ways to go in taking care of the needs of its vast population. Recently, the Chinese economy has slowed with recession hitting its export markets in US and Europe. There are reports of significant job losses in China, sending millions of migrant workers back to the farms. The chances are that the Chinese will not be hasty in flouting their new-found economic power and the Chinese government will continue to prop up the US and the world economy at least in the foreseeable future.

When the 20th century began, the U.S. was already the world's biggest economy, but the British pound still accounted for nearly two-thirds of official foreign-exchange reserves held by the world's central banks. The dollar didn't become the dominant currency until after World War II. Even then, some commodities still traded in pounds: The London sugar market didn't jettison sterling for a dollar-denominated trading contract until around 1980. The history lesson here is that, while the reserve and trade currencies can and do change, it takes a significant re-architecture of the world economy and trade and significant amount of time for it to happen. Nearly two-thirds of the world's central-bank reserves remain denominated in dollars, according to data from the International Monetary Fund, despite widespread fears of a mass exodus from the currency. The euro accounts for about a quarter -- up from 18% when it was introduced in 1999, but less than its predecessor currencies' share in 1995. Because the U.S. is such a huge trading partner for so many countries, the reserve buildup isn't easily unwound.

According to the Wall Street Journal, the dollar is also deeply entrenched in world trade. Businesses lower their transaction costs by dealing in a common currency. More than 80% of exports from Indonesia, Thailand and Pakistan are invoiced in dollars, for instance, according to the latest figures available in research by the European Central Bank, although less than a quarter of their exports go to the U.S.

While many nations want to change at least part of their reserve holdings from US dollars to euros, they know if they sell a significant share of their dollar reserves, it would weaken the dollar's value. That would potentially hurt their own trade competitiveness, and push down the value of their remaining dollar reserves. If they keep the dollars, a buildup of unwanted assets would only mount.
"There is no alternative to the dollar as a trading currency in Asia," Andy Xie, a Hong Kong-based economist told the Wall Street Journal. "Eventually, the renminbi [yuan] will replace the dollar in Asia, perhaps in our lifetime. But it will take at least 30 to 40 years."
China Economic Crisis Power Balance reserve currency US