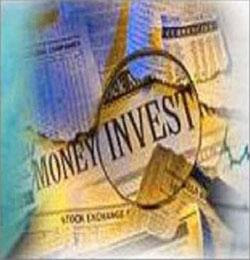 China continued to outperform India as a magnet for US venture capital investments in 2008. This was particularly interesting in a year that saw the venture investors feel the pinch from declining values of their portfolios. It was also a year when a company based in Pakistan became the first to receive US venture funding.

In India, the VC investment in the year 2008 amounted to $740 million across 125 deals, while it was $876 million from 144 deals during 2007. A major portion of the decline came in the last quarter of 2008 when world economy started feeling the bite of the credit crunch that precipitated the economic crisis on Wall Street.

Arun Natarajan, CEO, Venture Intelligence told SiliconIndia, "Everything got affected in the October-December quarter. VCs are much better off because the money is already available as many closed funding before the middle of 2008."

According to Srini Vudayagiri, Managing Director, Lightspeed Ventures, the venture capital space in India is dominated by non-India funds that have strong linkages to U.S., Europe and even raise funds there. That could explain the tight liquidity situation. Also, in the current environment, VCs will thrust on value addition in existing portfolio companies rather than fresh investments.

The continuing political turmoil and uncertainty made it difficult to attract serious VC investments in Pakistan. Pakistan's problem was captured well by the CIO magazine recently in the following words: "Pakistan has a serious brand problem. In the West, the mere mention of Pakistan incites images of violence, extremism, explosions, suppressed women and backwards thinking. Time Magazine called Pakistan the most dangerous place on Earth. It takes extraordinary effort and enlightened customers to realize that the actual reality on the ground is quite different." The reality is not all doom and gloom in Pakistan. For the first time in the nation's history, former President Musharraf applied tremendous focus and major funding increases for higher education in Pakistan. According to Sciencewatch, which tracks trends and performance in basic research, citations of Pakistani publications are rising sharply in multiple fields, including computer science, engineering, mathematics, material science and plant and animal sciences. Over two dozen Pakistani scientists are actively working on the Large Hadron Collider; the grandest experiment in the history of Physics. Pakistan now ranks among the top outsourcing destinations, based on its growing talent pool of college graduates. As evident from the overall results in the last decade, there has been a dramatic increase in the numbers of universities and highly-educated faculty and university graduates in Pakistan.

In spite of Pakistan's image problem, Naseeb Networks, a Pakistani online recruitment, social networking, and classifieds company, received an undisclosed amount of venture investment from two Silicon Valley VC firms, ePlanet Ventures and Draper Fisher Jurvetson in 2008. Earlier in December, 2006, PixSense received $5.4 million in equity funding, led by ATA Ventures and Innovacom. While there is a history of US venture investments in Silicon Valley technology companies founded by Pakistani founders, none of these VCs have previously funded companies such as Naseeb and PixSense which have significant R&D centers and operations in Pakistan. Last year, European VCs have shown interest in funding Pakistani startups. Vopium, a Pakistani company offering a platform for almost free calls and SMS to any part of the world, reportedly received 4.2m euros in funding from European VCs.

Even as China's economy was battered by the global slowdown, venture capital investments in the Asian country last year hit their highest levels ever at more than $4 billion, 30 percent higher than 2007, according to a new report.

If not for the global economic crisis, that growth could have been 20 percent higher, said Gavin Ni, founder and chief executive of Beijing-based research company Zero2IPO Group, who visited Silicon Valley this week.

In the United States last year, nearly $29 billion in VC funds were funneled into 2,550 deals, an 8 percent drop from 2007, according to Dow Jones VentureSource.

In China, a record $7.3 billion was raised for VC funds in 2008, 33 percent higher than the year before. It seems that China's appeal to investors is not likely to fade anytime soon, in spite of the tough investment environment. The nation of 1.3 billion people has some 624 million cell phone users — the most in the world — and 300 million Internet users, also the world's largest.

"China will definitely be one of the top two or three centers of venture capital in the world," Gavin Ni told the San Jose Mercury News this week. "Even in this down economy, the China market is dynamic."

The information technology sector received the biggest share of the investments, or 36 percent, in 2008. Traditional companies, such as retail, picked up 22 percent of VC funds, while services companies garnered 18 percent. Clean tech received 9 percent, and biotech and health care companies picked up 7 percent.

At the OPEN Forum 2008 in Silicon Valley, Mike Moritz, Senior Partner at Sequoia Capital, said that Sequoia is currently not looking to go into another geography but it may consider other geographies such as Pakistan if their portfolio companies chose to open offices there. What took Sequoia to China, India and Israel were the founders of Silicon Valley companies who made a decision to locate R&D facilities in these geographies.

Speaking in a panel discussion at OPEN Forum 2008 recently organized by the Organization of Pakistani Entrepreneurs in Silicon Valley, Faraz Hoodbhoy, the CTO of PixSense, argued that Pakistani expatriates in Silicon Valley are the harshest critics of Pakistan. They are not immediately likely to ask US VCs to invest in Pakistan. However, Hoodbhoy's company PixSense has taken this path. PixSense currently has a sizable presence in Pakistan and prides itself in what Pakistani engineers have done for it to make it successful on very low budget.

Given the uncertainty of economic recovery in the United States and continuing instability in Pakistan, it will probably be a while before US-based VCs follow in the footsteps of Draper Fisher, ePlanet, ATA Ventures and Innovacom into funding a significant number of Pakistan-based startups.

I am an individual investor. I focus on Seed Capital, Early-Stage, Start-up, Ventures, LLC and All rounds for completion and expansion of investment projects that need immediate funding.

Riaz Haq said…
Pakistani IT companies win recognition in Malaysia, according to The Express Tribune:

Secretary Information Technology Nagib Ullah Malik invited the winners to discuss ways and means to bolster the IT industry in Pakistan and increase the adoption of locally developed IT products. He also praised the winning companies for earning a good name for the country while acknowledging the depth and creativity of the companies.

Malik also said that the wins at APICTA are a solid evidence of the support that the Ministry of Information Technology (MoIT) has provided to spur innovation in Pakistan. He recommended the PSEB to look into additional IT industry support programs including greater adoption of locally developed products in government and private sectors.

Malik added that minimal regulation and maximum incentives are needed to compete with countries such as Vietnam and Brazil.
May 28, 2011 at 10:13 AM